Booker T Unimpressed With CM Punk's AEW Debut Match At All Out; 'wasn't A 5-star Bout'

All eyes were on All Elite Wrestling's (AEW's) All-Out pay-per-view as CM Punk was making his return to pro wrestling after a hiatus of seven years. 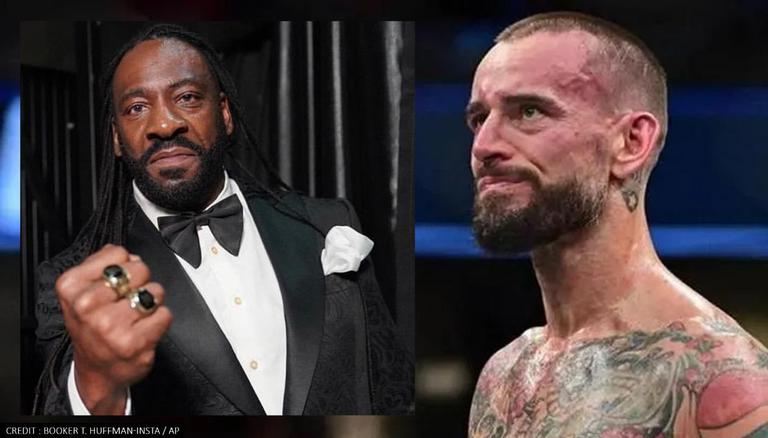 
All eyes were on All Elite Wrestling's (AEW's) All-Out pay-per-view as CM Punk made his return to pro wrestling after a hiatus of seven years. Despite the craze before the match, the two-time World Wrestling Entertainment (WWE) Hall of Famer Booker T believes that the match did not live up to the expectations. Booker T was first inducted into the WWE Hall of Fame on April 6, 2013, before being inducted for a second time on April 6, 2019, alongside his brother Lash.

Speaking on his Hall of Fame podcast, Booker T said that he expected more from CM Punk's AEW debut match. The former WWE star beat Darby Allin in his AEW debut match in his hometown Chicago. This was Punk's first singles match win since January 2014 when he defeated Billy Gunn.

While speaking on his Hall of Fame podcast, Booker T said that the match between CM Punk and Darby Allin was not a five-star match. He said so because Allin would not have been the opponent he would have chosen for various reasons in such a high profile match. However, he did admit it would be 'ludicrous to even think' that Punk would compete in his best match after making a comeback after seven years.

.@CMPunk will definitely get under the skin of @OfficialTAZ with that one - Tune in NOW to watch #AEWDynamite LIVE on @tntdrama. pic.twitter.com/oudQtnHVDN

While Booker T was not too pleased with CM Punk's AEW debut match, he did say that the event was an excellent match because of new arrivals. Alongside Punk, former WWE stars Bryan Danielson (used Daniel Bryan at WWE) and Adam Cole also made their debut appearances. The WWE Hall of Famer said that AEW All Out was an excellent event 'because you had guys like Adam Cole, you had guys like Daniel Bryan."

READ | CM Punk hits his first GTS in seven and a half years on AEW Dynamite; watch video here

While speaking to WrestlingNews.Co a few weeks ago, CM Punk revealed the names of wrestlers that he would want to compete against and also revealed his ideal tag team partner for the matches. Punk said that he wanted to wrestle the Young Bucks and would hope to team alongside 'The American Dragon.' He was clearly making a reference to Bryan Danielson, who used the 'American Dragon moniker' in his early days with WWE, at Ring of Honour and New Japan Pro Wrestling.