Bray Wyatt Not Joining AEW, But Another Organisation After Leaving WWE: Report

Former WWE Champion Bray Wyatt is expected to join another wrestling company, instead of All Elite Wrestling, after being out of contract with WWE since July. 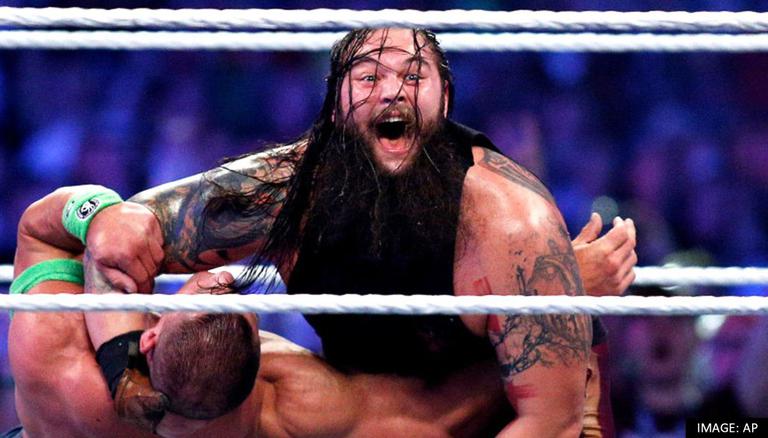 
Former WWE World Champion Bray Wyatt is expected to join IMPACT Wrestling following his release from the WWE roaster in July this year. The three-time world champion was previously linked with joining All Elite Wrestling (AEW) and was expected to debut for the company during the AEW Dynamite event on September 29, which took place in Rochester, which is the hometown of Wyatt’s friend late Broadie Lee. However, he didn’t make an appearance during the event, and as per reports, he is now expected to join the IMPACT wrestling.

As reported by Give Me Sport, Bryan Alvarez, on the latest episode of Wrestling Observer Live, said that he thinks Wyatt is going to ink a deal with IMPACT Wrestling, instead of joining AEW. He added that the wrestler hasn’t yet signed with IMPACT Wrestling, which still keeps his way open to join AEW, however as per the expectations right now, he will most probably sign with IMPACT. Alvares also said the as he mentioned a few weeks ago, that he believes Wyatt won't join AEW. He added that if asked now, the impression he has got is that the 34-year-old former WWE champion will join IMPACT. However, he also added that nothing is confirmed until the signing is done.

Bray Wyatt teased his return to the wrestling ring in September.

Earlier in September, the wrestler took to Twitter and posted a series of tweets, which teased his return to the ring. Replying to a fan’s tweet about missing him in the ring, Wyatt said that everything will be clear soon, and also mentioned in his tweet that revenge is a confession of pain. Following these tweets, fans speculated that he would follow the footsteps of Daniel Bryan, Adam Cole, and CM Punk and join AEW. However that didn’t happen, and now he is being linked with IMPACT Wrestling.

READ | WWE Extreme Rules: Becky Lynch hit with braid by spectator; argues with her after match

Everything will be clear.
I’ll see you all very soon.
Revenge is a confession of pain.

Wyatt was associated with WWE for 12 years, before being released by the company on July 31, 2021. His release left the pro wrestling fans in shock, which also drew widespread criticism on WWE chairman and CEO Vince McMahon. He appeared in WWE with many ring names, such as Alex Rotundo, Duke Rotundo, Husky Harris, and the Fiend. He is a three-time WWE World Champion, having won the WWE Championship once and the Universal Championship once.

WE RECOMMEND
WWE superstar Sheamus out of action indefinitely after yet another nose surgery
Seth Rollins 'was ready to strangle Vince McMahon' after HIAC match with Fiend
Former WWE Champion Bray Wyatt teases return to the ring in a cryptic tweet
'Burning Hammer in WWE?': Fans term AJ Styles vs Riddle as 'one of the best matches on TV'
WWE Extreme Rules: Becky Lynch hit with braid by spectator; argues with her after match
Listen to the latest songs, only on JioSaavn.com