Drew Mclntyre said he was planning to shift to Japan before he had a conversation with Triple H, who made him change his mind completely. 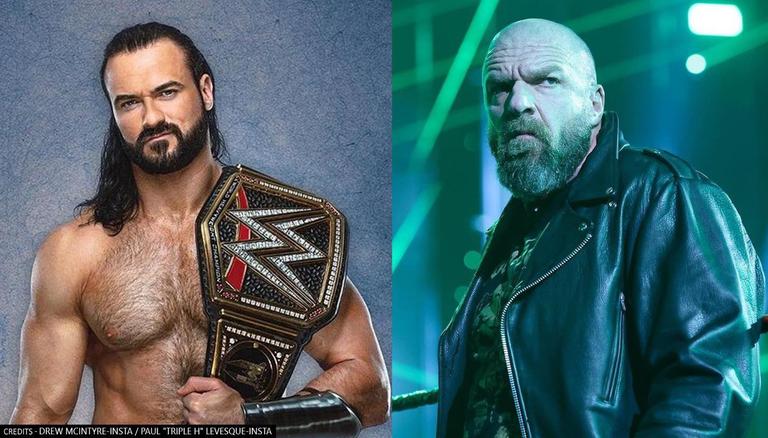 
Five-time world champion Drew McIntyre has heaped praise on former WWE superstar Paul Levesque, who is most popularly known by his stage name Triple H. McIntyre while speaking to Inside The Ropes, credited Triple H for his return to the WWE after a gap of three years between 2014 and 2017. McIntyre said if it wasn't for Triple H, he wouldn't have returned to the WWE. Triple H is Executive Vice President of Global Strategy & Development at WWE. McIntyre said he and Triple H had a 40-minute long conversation before his return to WWE, adding "I was honestly leaning towards Japan and by the end of it, I was 100% coming back".

McIntyre said he was planning to shift to Japan before he had a conversation with Triple H, who made him change his mind completely. McIntyre, who is from the United Kingdom, was released by WWE in 2014 following which he performed in the independent circuit under the stage name of Drew Galloway. After being released, McIntyre joined the Insane Championship Wrestling (ICW), where he won two heavy-weight titles. Mclntyre debuted in Evolve Championship in 2014, where he won a couple of titles. He even won titles outside of the United States, including in Australia, Denmark, and Scotland.

'By the end of the conversation, I was 100% coming back': McIntyre

"I wouldn’t be back in WWE if it wasn’t for Triple H, it’s as simple as that. William Regal put me on the phone with him, we talked for 40 minutes, within that conversation at the beginning I wasn’t sure if I was going to come back, I was honestly leaning more towards Japan and by the end of it, I was 100% coming back. The thing that meant the most to me was not just how far I’d come professionally but how far I’d come as a man and how proud he was of me, and that kind of meant a lot because I have so much respect for him and that’s grown into a friendship today, and he really is somebody who is not just a friend to a lot of people but a father figure to a lot of people, and again the news caught everybody off guard but he’s got a lot of positive energy coming his way right now and he’s going to be fine, which I’m very happy to hear," McIntyre was quoted as saying by Inside The Ropes.

As far as Paul Levesque is concerned, the legendary fighter recently suffered a cardiac arrest and underwent a heart procedure at the Yale New Haven Hospital. WWE issued a statement regarding Paul's health and said the heart procedure was important after the cardiac episode, adding "He is expected to make full recovery". Paul is also the founder and head of WWE's NXT brand, which has produced several stars, including McIntyre, who won the championship on his debut in 2017. McIntyre defeated former champion, Brock Lesnar, in WrestleMania 36 in January 2020.

WE RECOMMEND
WWE issues health update on Jean Paul Levesque aka Triple H's recent 'cardiac event'
CM Punk's return to pro wrestling could have been with WWE instead of AEW: See why
Jon Moxley thinks WWE Chairman Vince McMahon would call AEW fights 'Garbage'
When will Ex-WWE star Dwayne 'The Rock' Johnson be back on the ring? Check here
Tokyo Olympics gold medalist says 'not next Kurt Angle' after signing with WWE