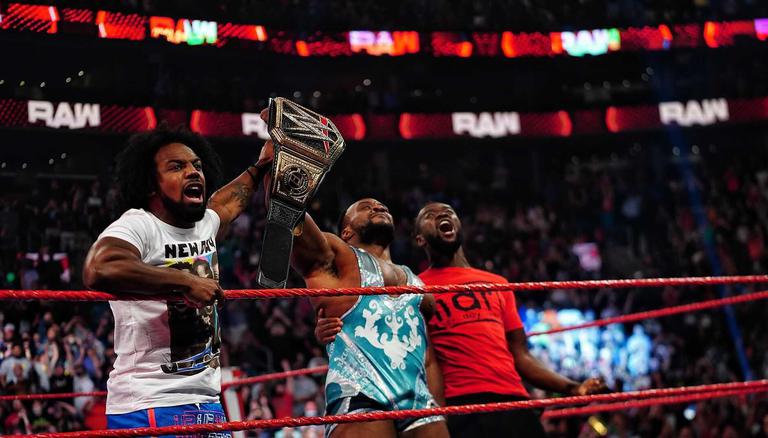 
American professional wrestler Ettore Ewen, who goes by the stage name 'Big E', created headlines on Monday after beating Bobby Lashley to win the WWE Title. Several former WWE champions, including Roman Reigns and Becky Lynch, turned to social media to congratulate Big E on winning the Title after the RAW main event. The RAW main event saw Bobby Lashley defeat RAW Tag Team Champion Randy Orton. However, Big E cashed in on his Money in the Bank contract after the match and beat Lashley to capture the WWE Title.

Taking to social media, former WWE champion Roman Reigns said that Big E made a "smart decision" by cashing in on his Money in the Bank contract. Seven-time SmakDown Tag team champion Xavier Woods, who formed The New Day with Big E back in 2014, also took to social media to congratulate his friend as he shared a picture to showcase how their journey started with WWE and how it's going at the moment. SmackDown Women’s Champion Becky Lynch also congratulated Big E by jokingly referring to her mother, a reference to the new WWE champion's old posts, where he had shown interest in her.

How it started How it’s going pic.twitter.com/fjKGbbO0q3

Big E truly did deserve this win tonight, he’s came a long way and within almost a decade in this company, BIG E IS THE WWE CHAMPION!!! #WWERaw #WWE #BigE pic.twitter.com/16AyFgB7qN

Before cashing the Money in the Bank contract, Big E had announced through Twitter that he intended to challenge the winner of Raw's main event between Lashley and Randy Orton. Big E made his way to the rings right after Lashley had beaten Orton with a Spear. Lashley managed to counter the Big E's signature move i.e. Big Ending, and delivered a Spear to the Money In the Bank winner. The challenger, however, kicked out, and in his second attempt, Big E delivered the Big Ending to pick up the win and the title.

With  Big E winning the WWE Championship, he is most likely to defend the title against Bobby Lashley at Extreme Rules. If the match between the two takes place, it will be Big E's first title defence. Beating All-Mighty again would be a great way for Big E to kick off his singles run in the company.

WE RECOMMEND
WWE superstar Samoa Joe to stop wrestling due to injury, gives up NXT title
CM Punk's return to pro wrestling could have been with WWE instead of AEW: See why
WWE announces dates for 2021 WWE Draft during Monday Night RAW
WWE: Brock Lesnar & Roman Reigns propel SmackDown to highest ever gate receipts
WWE Raw preview: It's Bobby Lashley vs Randy Orton for WWE Championship