The WWE draft 2021 will be the sixteenth WWE Draft for the company, as it enters a new era after releasing some top stars from the roster recently. 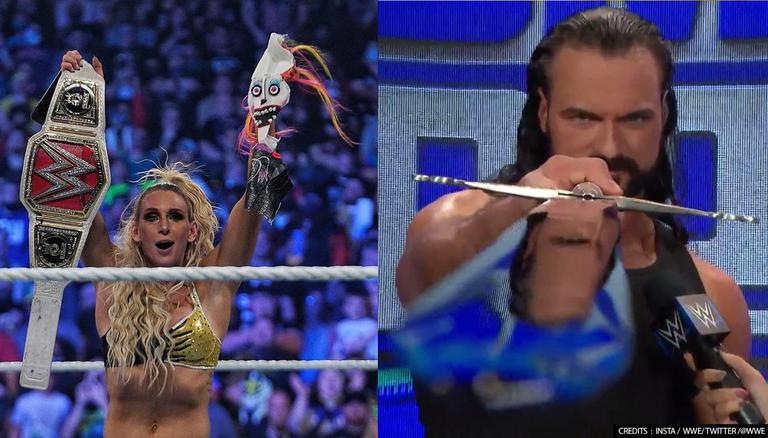 
The shuffling of superstars on the WWE brand finally took place with Friday night Smackdown adding some big names to their roster during Day 1 of the WWE Draft round 1. The WWE draft 2021 will be the sixteenth WWE Draft for the company, and it enters a new era after releasing some top stars recently.

The first pick of the WWE Draft round 1 was WWE Smackdown Champion Roman Reigns who will continue to fight on the blue brand. The newly crowned WWE Universal champion on RAW  Big E will continue his journey on the red brand. The first major move of the night was WWE Raw Women's champion Charlotte Flair who was drafted to SmackDown, while Bianca Belair will move to RAW once she fights current Smackdown champion Becky Lynch for the title.

The Round two of the WWE Draft 2021 result saw former WWE RAW Universal champion Drew McIntyre drafted to SmackDown where he is likely to challenge Roman Reigns or Brock Lesnar for the WWE Smackdown Championship in near future. The sixth pick saw RAW Men's Tag Team Champion RK-Bro staying a put on the red brand. The seventh pick on the WWE draft saw The New Day heading to SmackDown, while Edge who is currently having a feud with Seth Rollins on Smackdown getting drafted to RAW.

READ | Bray Wyatt not joining AEW, but another organisation after leaving WWE: Report

The fourth round of the WWE Draft sees Naomi being drafted to SmackDown along with Rey and Dominik Mysterio and Jeff Hardy. Austin Theory from NXT has been drafted to RAW