Some of the most prominent WWE stars like Bray Wyatt, Big Show, along with more than 120 other pro-wrestlers were released by the WWE since 2020. 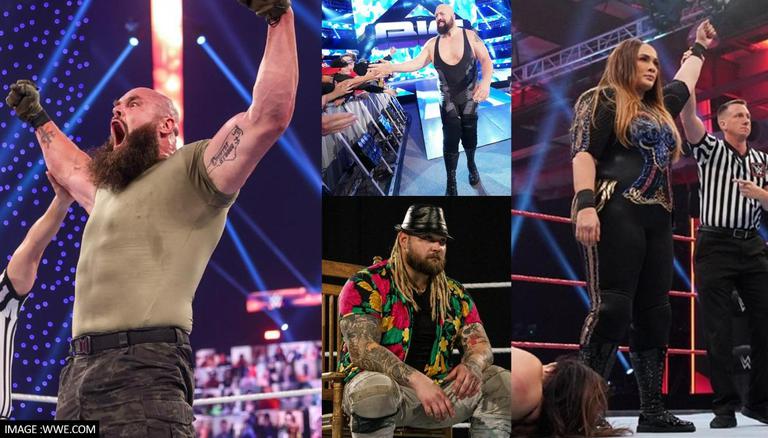 
The WWE released 18 of its wrestlers on Thursday, November 4, citing reasons of budget cuts, which took WWE’s tally of total wrestlers released since 2020 to a figure which is over 120. The latest stars to be released by the WWE boss Vince McMahon includes the likes of Keith Lee, Mia Yim, Nia Jax, and Lince Dorado, alongside other prominent faces. Previously in August, the company released big names such as Bray Wyatt, Ric Flair, Bronson Reed, Mercedes Martinez, and others. Out of these wrestlers, Bray Wyatt’s release sparked a controversy among the fans, who were furious on seeing their favorite stars getting released.

Tyler Breese, Tony Nese, and Fandango were released by the company on June 25, without any proper explanation, and WWE wished them the best for their futures. In May and June, a chunk of the WWE stars were released such as Braun Strowman and Aleister Black, which left the fans scratching their heads. Among the many wrestlers, Big Show, who started appearing in WWE in 1999 was released and he now works with the AEW. With more than 120 wrestlers on the list of released stars since 2020, these wrestlers have either joined other wrestling companies like  Impact, AEW, ROH, NJPW or have started their careers in a new field.

January, February, and March- Lars Sullivan was released in January, followed by The Big  Show and Steve Cutler in February. Meanwhile, NXT star Andrade was released on March 15.