WWE's undisputed Universal Champion Roman Reigns has reportedly been replaced by another top superstar as the company's top merchandise seller. 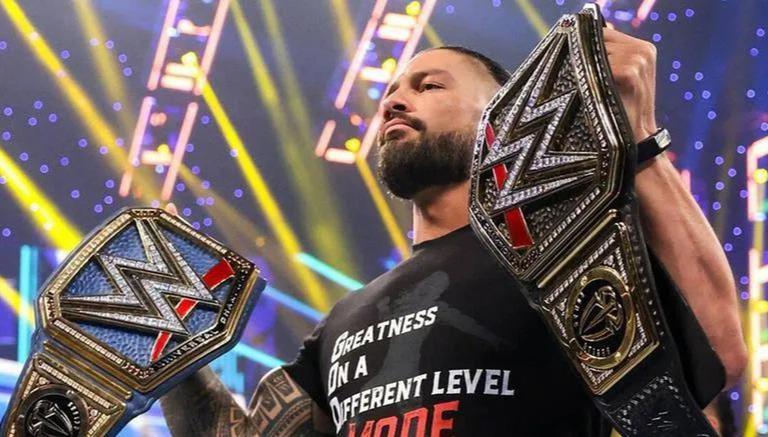 
World Wrestling Entertainment (WWE) superstar Drew McIntyre has reportedly replaced undisputed Universal Champion Roman Reigns as the company's number-one merchandise seller. The Tribal Chief, who is the leader of the utterly dominant Bloodline stable in the WWE, is one of the most popular stars of the company and it is a sheer surprise that he is not at the top when it comes to merchandise sales.

According to Dave Meltzer of the Wrestling Observer, Roman Reigns is no longer WWE's top merchandise seller as Drew McIntyre has been gaining popularity in the past few weeks. "McIntyre has some momentum as two weeks ago his merch was No. 1 in the company," explained Meltzer. "Bloodline these days is the perennial No. 1 and I presume coming out of the gates that the Wyatt stuff will probably sell big."

McIntyre, who challenged Reigns for the undisputed Universal Championship at the Clash at the Castle pay-per-view, was agonizingly close to dethroning the Head of the Table. However, an interruption from Solo Sikoa, the latest member of the Bloodline stable, caused McIntyre more than enough of a distraction to disturb his rhythm and help Reigns land the spear and the eventual pinfall. Following an impressive feud at Clash at the Castle, McIntyre will now turn his attention to Extreme Rules, where he will face Karrion Kross in a brutal strap match.

The WWE Extreme Rules pay-per-view will take place on Saturday, October 8 (as per local time), at the iconic Wells Fargo Center, in Philadephia, Pennsylvania. The event will begin live at 4:30 AM IST on Sunday, October 9. The complete match card for what promises to be an exciting pay-per-view event is given below:

Matt Riddle vs. Seth “Freakin” Rollins (Inside the Fight Pit)