Adobe early cancellation fee has become the talk of the town after a Twitter user revealed the unbelievably high bill he was presented for cancelling a plan. 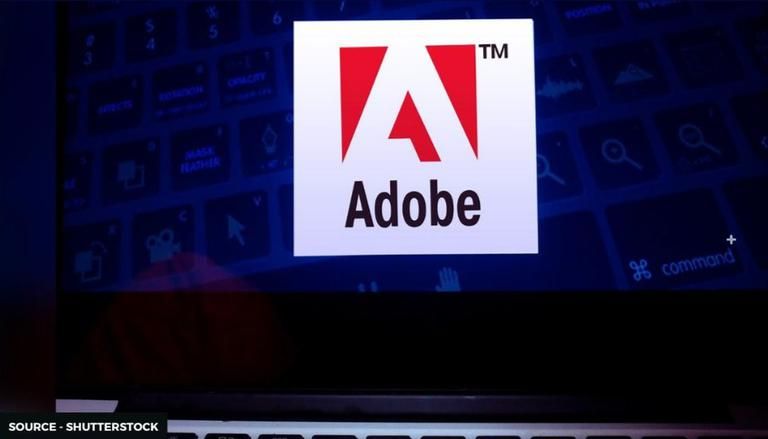 
Adobe is currently trending on Twitter for all the wrong reasons after their customer engaged in a series of a rant, complaining about the unusually high cancellation fee he was asked to pay for cancelling his subscription early. Many more people started engaging in the conversation and have been giving their own inputs towards Adobe's offbeat decision. Here's everything you need to know about Adobe early cancellation fee and why it has been stirring up controversy.

Under the cancellation terms on Adobe's official website, it is mentioned that the cancellation fee can be refunded within a two-week window from the initial order. If that is so, why is the Adobe cancel subscription plan gaining disrepute on the Internet? The whole composition is that Adobe cancel subscription terms apply to both monthly as well as annual plans. While monthly users can manage to file for a cancellation within 14 days, annual users find the limited time period unfair especially after having paid a big bill of annual charges.

A screenshot embedded with the viral tweet by user @Mrdaddguy revealed that the Adobe Creative Cloud platform asks for a $291.45 fee upfront upon cancellation. This especially came as a surprise because some of the apps that required large amounts of the fee actually came as a bonus offer and wasn't installed intentionally. Adobe has been trending on Twitter since then with netizens even suggesting alternatives for Adobe's pack of products as a clap back. Brand names like Clip Studio Paint, Procreate, Paint tool Sai, Blender and Krita have joined the conversation as the alternatives for it. Here is the original tweet that started the conversation - 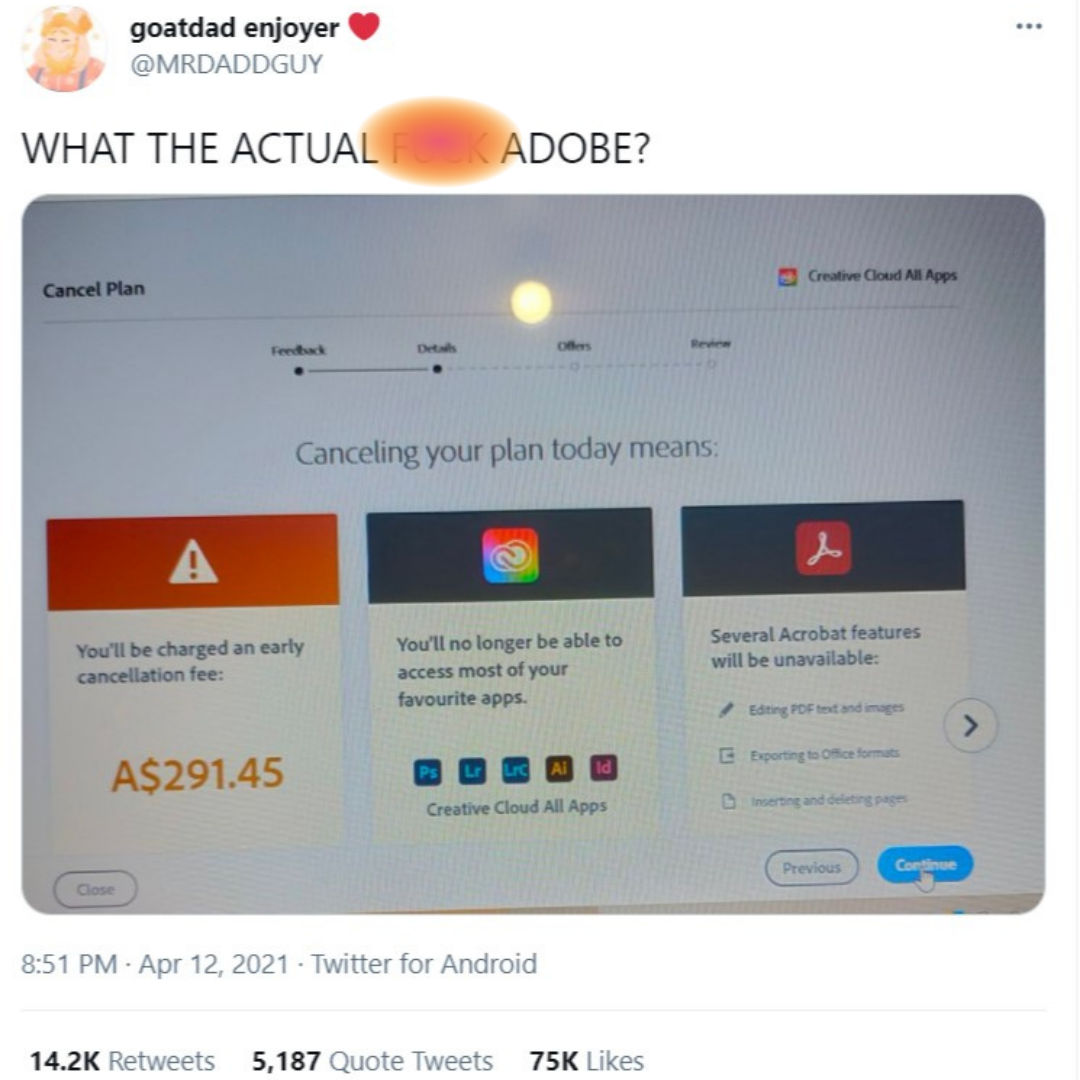 I bought Adobe acrobat in April to make some custom PDFs for a course.They have been charging my credit card for months, and I forgot all about it. I asked them to cancel and the tech support said I needed to remember to call back next April, they can't cancel it now. NOTCOOL

Watching people pirate older adobe versions and using viable alternatives instead of shoveling money over to a billionaire corp like adobe pic.twitter.com/9ec64zEOWR

Ah, I see Adobe is trending for absurd subscription fees. I thought this would be problematic back in 2014. pic.twitter.com/kM58I5i7HA

Despite being heavily trolled on social media, what many people are unaware about is that the extremely high cancellation fees are actually legal and come under Adobe’s terms of service agreement. This means that users had actually agreed to it at the time of the purchase. As of now, Adobe is yet to comment on the heaty debate that is taking the world by storm at the moment.