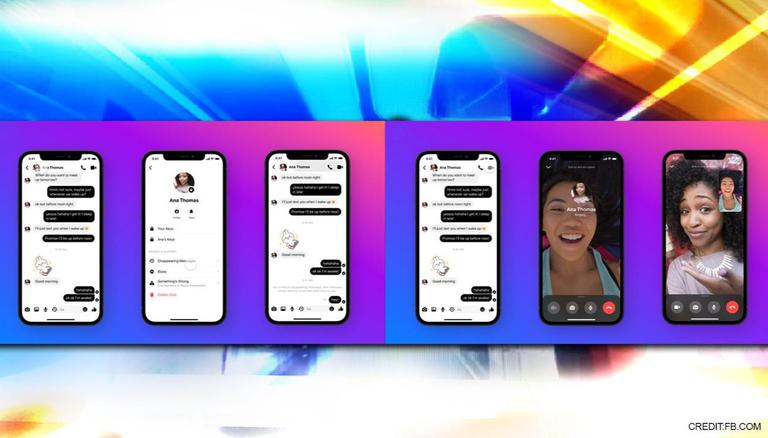 The official Facebook announcement post says that the platform has seen a surge in both audio and video calls with more than 150 million video calls a day. Owing to the widespread use and user security concerns, Facebook has launched encryption technology for both audio and video calls on the platform. As stated by Facebook, "The content of your messages and calls in an end-to-end encrypted conversation is protected from the moment it leaves your device to the moment it reaches the receiver’s device. This means that nobody else, including Facebook, can see or listen to what’s sent or said."

How does end-to-end encryption work?

The end-to-end encryption technology protects interactions in such a way that only the sender and the receiver get the message, While data leaves the senders device, it is encrypted in the form that the intermediary server does not understand it. However, when data reaches the receiver, it is decrypted again. End-end-end encryption is already used by the Facebook-owned messaging platform WhatsApp, Signal, Apple Messages and other service providers like Viber and Telegram.

In the official blog post where the social media giant revealed about the Facebook Messenger end to end encryption, the company says that "People expect their messaging apps to be secure and private, and with these new features, we’re giving them more control over how private they want their calls and chats to be."  The encryption technology will make the Facebook Messenger Calls more secure. However, Facebook has introduced it as an option and will enable it when the user opts in. Expiring messages, which disappear after some time, have also received end-to-end protection on the platform. Stay tuned for more updates on Facebook and other messaging platforms like WhatsApp.

WE RECOMMEND
Facebook Messenger down! Know what happened and how to fix it
World Emoji Day 2021: Facebook rolls out new 'Soundmoji', Check how it works
WhatsApp, Facebook Messenger & Instagram to soon be integrated into one platform
Facebook messenger limits message forwarding to 5 people, groups to counter fake news
Facebook Messenger features not available in Europe; Nicknames feature gone