The Google Wear OS 3 update includes a lot of new and refined applications for a seamless smartwatch experience. It is present in Samsung Galaxy Watch 4 series. 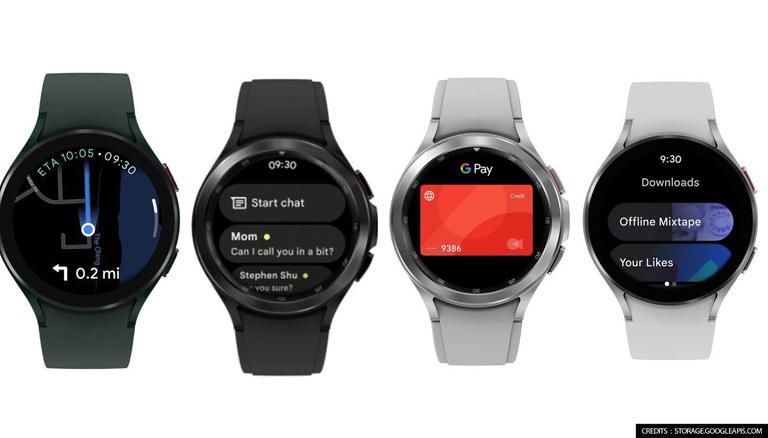 
Google and Samsung recently collaborated to develop a unified smartwatch operating system for the new Samsung Galaxy Watch 4 series. As a result, Samsung has been able to launch its new lineup of smartwatches with Wear OS 3, the latest smartwatch platform developed by Google and powered by Samsung. Additionally, the newly launched Wear OS 3 comes with support for new applications that were not available on the platform previously. Keep reading to know more about the Google Wear OS 3 update.

With the Wear OS 3, Google has integrated Maps as a default application. The Google Maps experience on Samsung Galaxy Watch 4 is very similar to the experience on Android smartphones, bringing the two platforms closer. Google Maps on both the smartphone and the smartwatch will sync together in order to provide a seamless experience. The Galaxy Watch 4 also shows home and work addresses as marked on the companion phone, along with recent searchers.

Yet another Google Wear OS3 update is in the Messages application that enables a user to receive, review and reply to text messages from the smartwatch itself, using voice input, pre-defined messages or typing the message. The Messages application on the Wear OS 3 establishes a connection with the companion smartphone and updates the user in case of a new message or notification. On the official blog, Google has mentioned that Messages will not come as a default application for watches in United States, South Korea or Japan. However, the application can still be downloaded using the Play Store.

Google is extending the contactless payment feature on Wear OS to 16 new countries, which include Belgium, Brazil, Chile, Croatia, Czech Republic, Denmark, Finland, Hong Kong, Ireland, New Zealand, Norway, Slovakia, Sweden, Taiwan, Ukraine and the United Arab Emirates. The application has been redesigned to provide a clear view of the stored card information and can be downloaded from the Google Play Store.

READ | Samsung 'Galaxy Watch 4' compatible only for Android, not iOS; Here's all you need to know