How To Use WhatsApp Web Without Connecting Via Smartphone? Here's A Step-by-step Guide

To use WhatsApp without a smartphone, users will need to link their smartphone with the version of WhatsApp they are using (desktop, laptop, tablet). 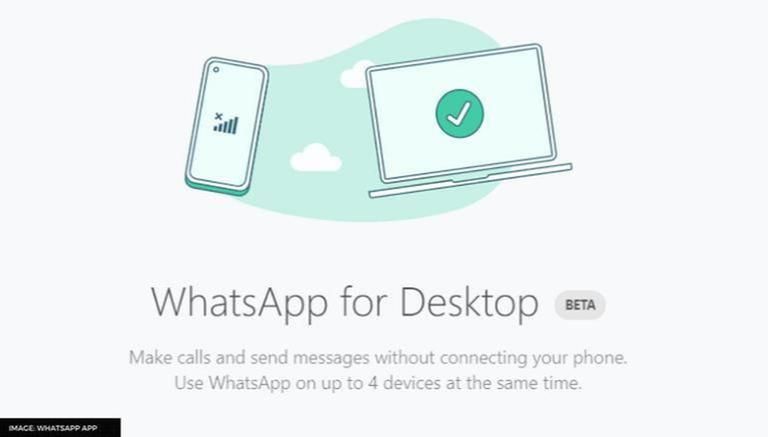 
WhatsApp recently launched the multi-device feature that allows a user to use WhatsApp on up to four devices, independent of their primary smartphone. Essentially, the features allow users to use WhatsApp on their computer, laptop, tablet or any other device without having an active internet connection on the smartphone. The feature is called WhatsApp multi-device and is still in the early development or beta phase.

With the help of the feature, WhatsApp Web clients can send and receive messages over an internet connection without the smartphone acting as an intermediary device. For using WhatsApp for the Web without a smartphone, a user needs to join the beta program by following the steps given below. The feature supports end-to-end encryption, and hence all the chats made through it will be secure.

How to use WhatsApp on a computer without a smartphone?

How many devices can be added?

As mentioned earlier, a user can add up to 4 devices, which can be used independently. When the user adds a new device, the WhatsApp web client might take some time to synchronise the messages and media sent and received on the primary mobile device. However, once the device is connected, it will fully send and receive messages on an active internet connection.

WE RECOMMEND
WhatsApp will start reflecting a change for Facebook's rebranding to Meta: report
WhatsApp Pay cashback offer: Here's how you can earn Rs 255 by using WhatsApp; see details
Fact Check: Centre suspends WhatsApp from service between 11:30 PM-6 AM? Govt clarifies
Fact Check: WhatsApp to be prohibited in India from 11:30 pm to 6 am?
Happy Diwali WhatsApp Stickers: Here's how to download WhatsApp Diwali sticker pack
Listen to the latest songs, only on JioSaavn.com