Ubisoft Is Looking At India To Make Its Next AAA Blockbuster

Assassin’s Creed maker Ubisoft is now looking at India for talent to help it build its next AAA blockbuster. We take a closer look at what's in store.

Ubisoft is perhaps one of the few tech companies out there that likes to practice what it preaches. Just like how its world-renowned franchises like Assassin’s Creed celebrate global diversity, the French video game company headquartered in Montreuil, has a presence across five continents – with more than 35 development studios and counting. Ubisoft, in fact, takes great pride in its international network with 98 nationalities and 55 spoken languages. And it is now looking at India for talent to help it build its next AAA blockbuster.

Ubisoft opened its first gaming studio in India in 2008 in Pune with just 35 employees. Eleven years later, Ubisoft Pune is “the only fully integrated gaming studio in India,” with over 1,000 employees (as of August 2019). The studio has been working in sync with worldwide Ubisoft studios on developing mobile games, while also hosting one of the biggest Quality Control teams in the group.

Ubisoft wants to do it all in India

“Quality Control really requires a high level of technical expertise and a strong technology approach, a strong mindset and creativity to solve a lot of challenges. To make sure you achieve the quality you want to achieve for gamers. It's a critical activity,” Jean-Philippe Pieuchot who is managing director, Ubisoft India Studios tells me, seemingly breaking some myths that “QC is not easy at all,” as widely perceived.

He’s quick to add, “we are not in India with a fixed mindset, that we will be looking at only one thing per se - like QC, or production,” though. Ubisoft wants to do it all in India because “this is a Ubisoft studio like any other studio in the world.” 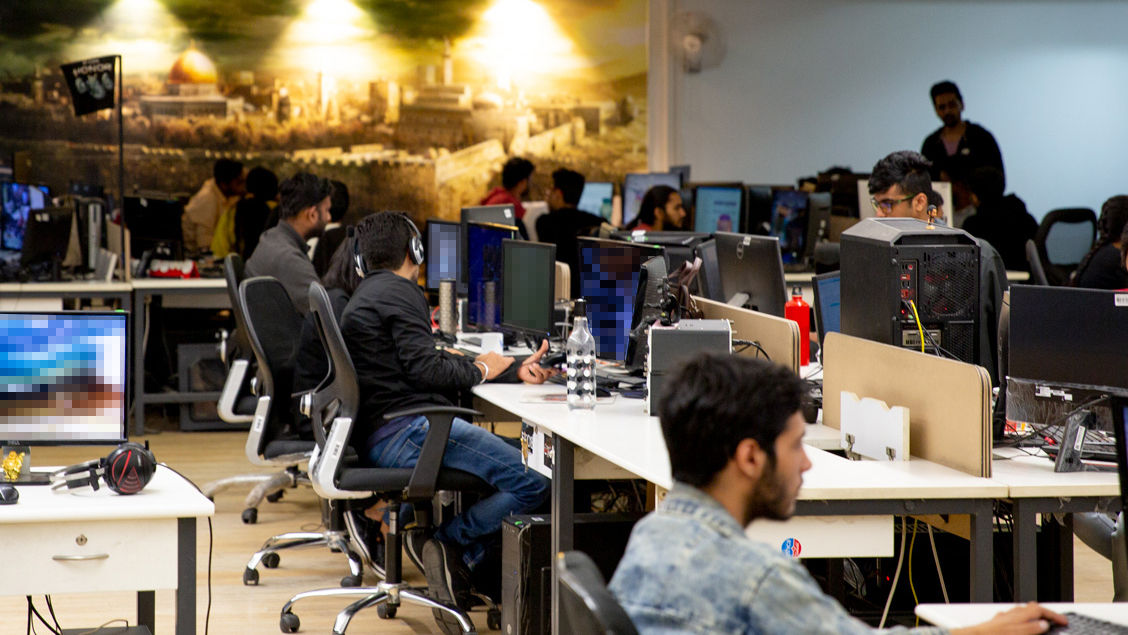 Ubisoft Pune’s portfolio includes Tom Clancy’s Splinter Cell HD Trilogy for PSN, Prince of Persia Classic and Assassin’s Creed Rearmed for iOS, Far Cry for Xbox 360 and PS3, Far Cry 3 and South Park: The Stick of Truth for PS4 and Xbox One, and South Park: The Fractured but Whole for Nintendo Switch. The Ubisoft Pune studio has also worked with Ubisoft Redlynx studio for South Park Phone Destroyer and Just Dance Now with Ubisoft Paris. An established live-ops team at the studio has meanwhile been working on titles like Trials Frontier and Rayman Adventure for mobile. Ubisoft Pune has also contributed on multiple fronts in the development of Far Cry 5 and Steep.

“India is first and foremost a mobile market. There's a huge number of people playing games on mobile phones. On console and PC, things are picking up progressively. I am confident that this market will continue to develop in the near future, expanding first on PC and then on consoles,” Jean-Philippe explains.

And Ubisoft would want to be there first – realizing the vast potential of talent that is India.

“We have an ambition to be a AAA studio and showcase the talent from India. The opening of our new studio in Mumbai (which is our second studio in India after Pune) is a demonstration of this ambition. It's fully focused on production of AAA games in the future. It's not our agenda to focus on one thing only,” Jean-Philippe says, adding “we really want to push things further in terms of investment and commitment.”

Ubisoft opened its second studio in India in Mumbai in October 2018 with an upwards of 70 employees and even bigger ambitions – Ubisoft Mumbai is looking at getting to a total of 100 employees by the end of FY2019 with an aim to diversify the gaming ecosystem in India.

“Over the past six months, we've started focusing on art, animation, technical art, design, level art, level design, game design - largely on the content part rather than development. But we're looking at the development side as well. We will continue to hire in these fields, including programming. We want to be a fully integrated studio. We work on internal engines that require a specific set of technical expertise.”

The kind of technical expertise “that's already present in India.” And for those willing to learn, Ubisoft is working with top colleges like IIT Bombay to help them build this skill set – through special programs and certification courses. Ubisoft has been conducting drives across top metro cities like Delhi, Mumbai, Hyderabad and Bangalore, connecting with those who would like to get on-board, in addition to spreading awareness about careers in the gaming industry through conference talks, specific events and competitions across India. Ubisoft’s local social media channels also run campaigns around potential openings. 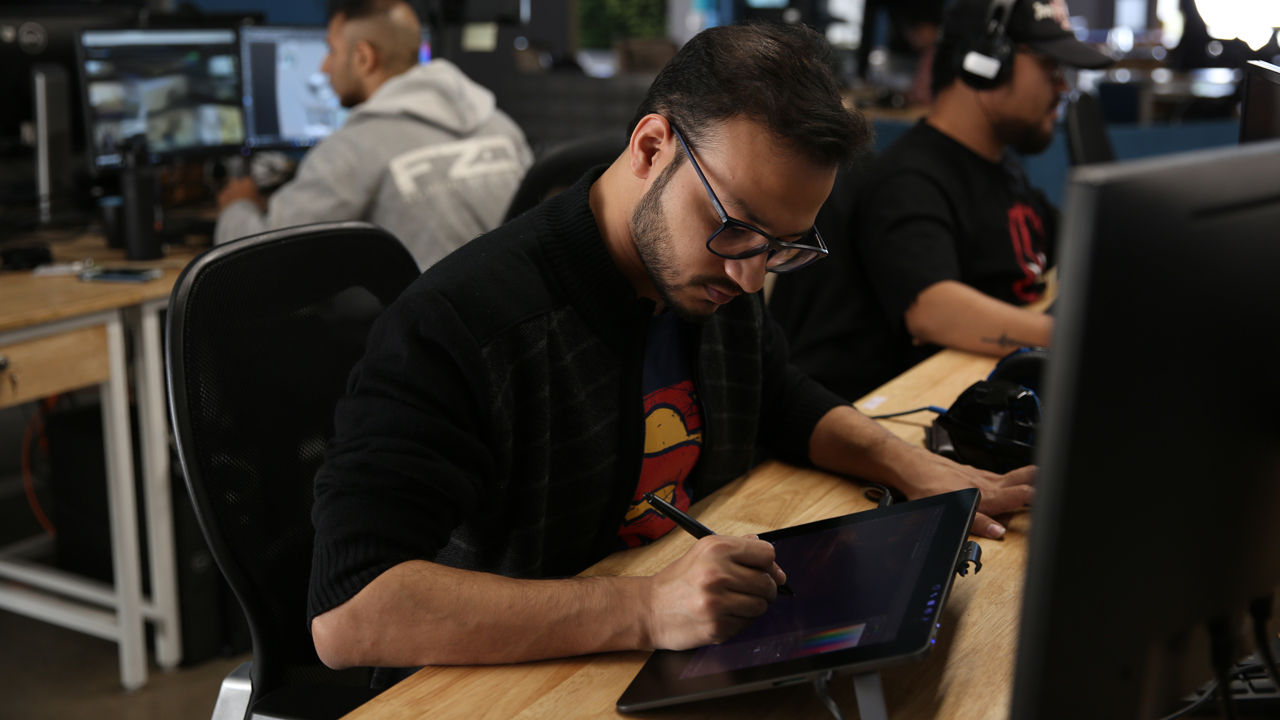 “It's quite new for a campus like the IIT to welcome our industry and it's also a bit new for us in India to be inside a campus, talk to the students, talk to the professors. We've reached a mutual understanding that if we combine our efforts, there are a lot of things that can be delivered out of India (on a global scale).” But more importantly, “you may not have all the expertise to be able to make a AAA title, but it's possible to acquire them with us. Young talent who really wants to push for this industry should not hesitate to apply,” Jean-Philippe reiterates.

At the end of the day, “it’s all about aligning ourselves and understanding how we're going to work together and benefit everyone.”

Ubisoft is currently working on at least two new projects inside the campus “which are part of our global roadmap in India,” and while Jean-Philippe isn’t in a position to reveal any more specifics, here’s what he can say with hope, “when all of this works well, we will continue to expand and ramp up on our projects in India.” Rest assured, big things are in store – and we will know soon enough.

Also Read:  Microsoft’s Next High-end Xbox Is Codenamed Project Scarlett, Arriving In 2020 To Take On PS5 And Google Stadia