What Is The BiP App? Who Is The Developer Behind The New Messaging Platform?

The BiP app has gained sudden popularity on the internet after WhatsApp users started to look for other viable alternatives. What is the BiP app? Get details. 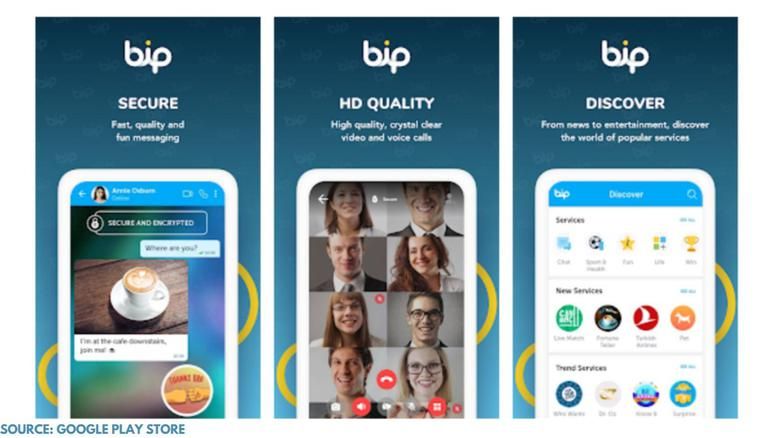 WhatsApp has recently made some major changes to the way it handles user data. Once you choose to accept the new privacy policy and T&C, you will agree to share a part of your data that will be used by Facebook to display relevant ads to users. Ever since the announcement was made, WhatsApp has been receiving a lot of backlash from users all around the world. Amidst growing confusion and outrage among users, many have now decided to abandon the messaging service and look for alternatives that offer similar features and functionalities. One of the apps that have emerged as a popular choice is an app called "BiP". However, a number of users have been wondering about the BiP app owner details, BiP app founder, country origin, and other such details about the app.

Also Read | What Is The Rumble App? How To Download The App On IOS And Android?

What is the BiP app?

The BiP app advertises itself as a secure and easy to use communication platform that is available for absolutely free. People can use this app to make voice and video calls, share images, videos and their location with other users. The platform claims to offer a seamless communication experience to users and also has an array of utility features.

Some of the other highlights include instant translations to over 100 languages, various customization options, group video calls up to 10 people, and more. Other features highly promoted by the makers include the ability to details on weather and exchange rates.

Also Read | What Is CloutHub App? How To Download CloutHub On Your IOS And Android Device?

BiP app is from which country?

BiP is a Turkish messaging platform that has been created by a developer named BiP A.S. The app has gained widespread popularity in the country after the introduction of new T&C and privacy policies from WhatsApp. There are also various reports online claiming that the Turkish Presidency's Communications Office and the defence ministry of the country have started to move their chat groups to the locally-developed BiP app.

The BiP app is currently available on both iOS and Android platforms. Interestingly, the app also offers a web version for PC users, which is similar to WhatsApp web. You can visit BiP web at this link.