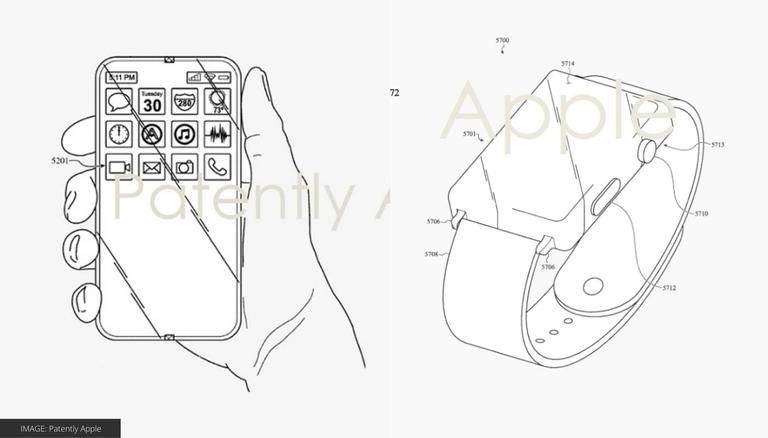 
Transparent smartphones have been out there in the market for quite some time. While some companies have launched dedicated smartphones with a see-through back panel, the concept has largely been working with Android smartphones. Those who use iPhones prefer not to disturb the delicate glass back arrangement as it is very costly. However, transparent iPhones might soon come to life. Apple has recently filed a patent for an all-glass iPhone, which might be more than just a transparent iPhone.

Apple's latest patent talks about an all-glass smartphone and watch

It is not clear how Apple will achieve an all-glass smartphone. Whether it will be a single slab of glass or multiple pieces of glass put together to form a smartphone is unknown. Additionally, it is also not confirmed whether the smartphone design is for an iPhone or a completely new product. It is being speculated that the smartphone will have an elongated display area to interact. Such implementations have been seen in previous smartphones like the Samsung Galaxy S6 Edge, which came with a huge, usable edge that curved around the screen.

The patent also mentions some details about an all-glass Apple Watch. However, how the device will work and other mechanisms in the device are not revealed in the patent. Readers shall keep in mind that companies keep getting patents for ideas and other technologies and they might not make it as a product in the market. Anyways, the idea of an all-glass iPhone and Apple Watch would surely excite the Apple fans out there.

WE RECOMMEND
Apple finishes developing the chip for its self-driving electric vehicles: Reports
Apple’s latest iOS 15.2 beta makes iPhone 13 Pro’s macro mode simple
Apple iPhone 13 screen repairs may not be possible at local shops; read details
Apple patents 'Privacy Eyewear', allows user with special glasses to see content on screen
What is Apple's 'Self Service Repair' programme and will it benefit iPhone and Mac users?
Listen to the latest songs, only on JioSaavn.com