Mediatek's previous flagship processors have fallen short of rivals like Samsung's Exynos 2100 or the Snapdragon 888. Dimensity 9000 5G will rival with them. 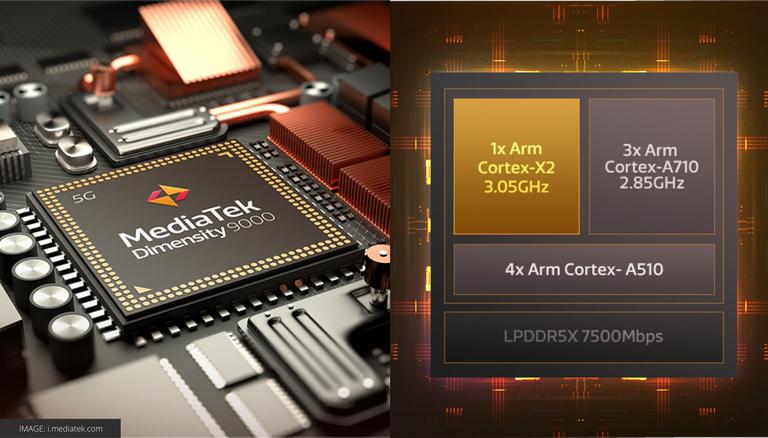 
Ahead of Snapdragon Tech Summit on November 30, 2021, MediaTek has released its flagship mobile processor for 2022. The processor is called MediaTek Dimensity 9000 5G. It is the world's first chip built on TSMC's 4nm process and uses Arm's latest v9 architecture. The chipset will compete with Qualcomm's top-of-the-line Snapdragon processor that is speculated to be launched at the upcoming event.

It is important to note that MediaTek's previous flagship processors have fallen short of rivals like Samsung's Exynos 2100 or the Snapdragon 888. While the processor looks quite powerful on paper, it will be interesting to see where it stands with other companies latest processors which are yet to be revealed. A lot of smartphone manufacturers such as Realme, OnePlus. and even Samsung uses Mediatek processors in their low-end smartphones.

As mentioned above, the new MediaTek Dimensity 9000 5G processor is equipped with a high-performance Cortex-X2 3.05GHz core for dealing with extremely heavy tasks. Thereafter, there are three Cortex-A710 2.85GHz cores that can handle multitasking and other intensive applications. Lastly, there are four Cortex-A510 1.85GHz cores that are power efficient and handle non-intensive tasks. As a graphics processor, the chipset comes with Arm Malti-G70 MC10 which is a 10-core GPU. Additionally, MediaTek's fifth-generation APU on the chipset has six cores for enhanced AI processing.

While it seems like a big claim, MediaTek says that its latest processor will offer a similar performance as Apple's A15 Bionic. The company has also said that the processor offers up to four times greater power efficiency and performance in comparison with the older MediaTek flagship processors. If that is true, MediaTek Dimensity 9000 5G series might beat Snapdragon's upcoming flagship processor as the company says that the processor has already called out Snapdragon 888 in Geekbench benchmarking test.