Aloy In Genshin Impact Available On September 1, 2021: How To Get The Aloy Character?

Aloy in Genshin Impact is about to be released and the players are curious about it. Here is all the information about getting this iconic character in the game 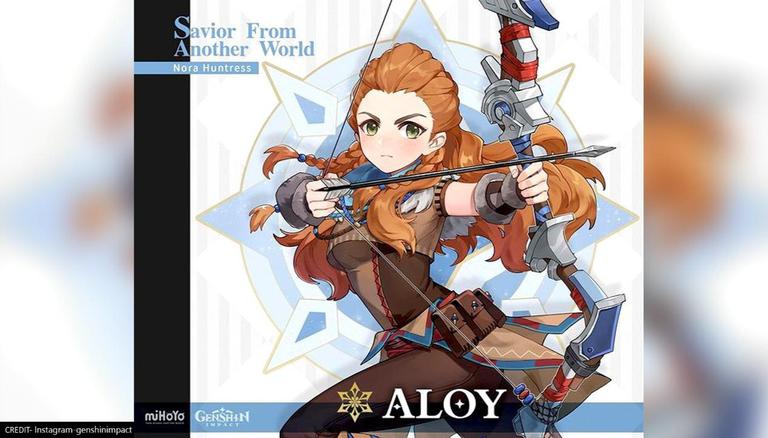 
There were several speculations going around in the community about Horizon’s Aloy being released as a playable character in the game. The players have been curious to know how to get Aloy in Genshin Impact. Such a response is expected from the players because Horizon is considered one of the best Sony Exclusive releases of all time. Thus bringing in this character might just help miHoYo to attract a huge group of players to their platform. Here is all the information needed to get Horizon Zero Dawn’s Aloy in this well renowned Gacha based game. Read more

miHoYo has recently confirmed the release of Aloy as a playable character in this action role-playing game. They have also confirmed September 1 to be one of the dates but only for Playstation users. Players using their mobile phones and PCs can get their hands on this exclusive skin on October 13. This is only if the players are at or have already crossed the Adventure Rank 20 in the game. The speculations also suggest that the makers are sup[posed to release a "Phase I," 2.1 updates. After this, miHoYo is planning to make the skin available for the players on November 24, 2021, 05:59 UTC+8. Keep in mind that the second release of this skin will only be possible if the "Phase II," 2.2 update gets released.

miHoYo has also released an official statement for this update on their website. It is supposed to bring in additions like the boss enemies and new loot with their new Inazuma region. It will also introduce features like Hypostasis like new Pyro members. Perpetual Mechanical Array is being released as the new boss fight for the new Inazuma region. The rumours going around in the community suggest that this Mechanical Array has some connection with the Ruin Guards in Mondstadt and Liyue. Apart from this, Maguu Kenki who was released in the 1.16 update has also been added as a World Boss which can be defeated to increase the Character Level-Up Materials. No other information has been released about the game yet. Keep an eye out for any updates on the game’s social media handles.