Azhdaha In Genshin Impact: How To Battle And Defeat This New Weekly Boss?

Azhdaha is one of the newest Weekly Bosses to join Genshin Impact and the entire battle against it takes place in a total of 3 phases. Read on. 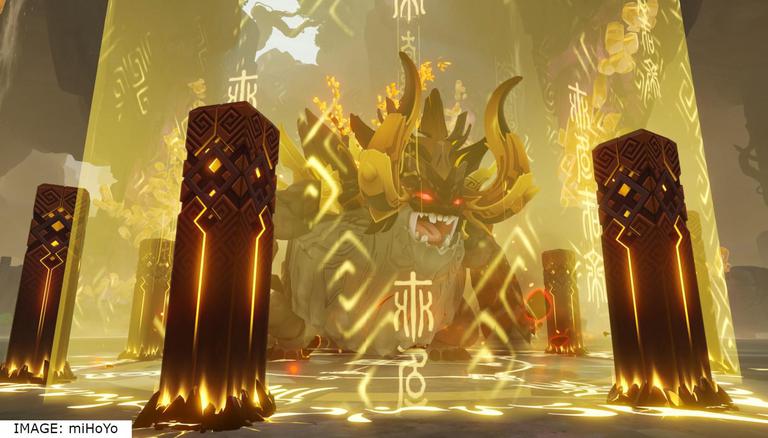 
Genshin Impact is noted for always obtaining new content. Azhdaha is one of the newest Weekly Bosses to join Genshin Impact. Players can use their Resin to acquire important ascension equipment by defeating these Weekly Bosses. In the instance of Azhadaha, players will receive Eula and Yanfei's Talent level-up materials. How to beat Azhdaha in Genshin Impact? Continue reading the article for an Azhdaha guide.

The player must finish the Historia Antiqua Chapter: Act II - No Mere Stones quest to find Azhdaha. This goal is inextricably linked to Zhongli and his past. After completing this mission, the player will be able to take part in the Weekly boss battle. Players will next travel to Nantianmen in search of a gigantic tree that has trapped Azhdaha. Players can participate in a Domain dubbed "Beneath the Dragon-Qualler" inside.

The battle will begin with rocks raining from the sky in phase one. By strolling about, you can avoid them. Keep your stamina up because it's a key resource in this battle. If you go too far, it will launch a homing attack, so keep that in mind. Continue attacking it until it moves into the next phase. It will begin switching up its strikes in Part 2 of the encounter to deal Hydro damage. The shields will come in here because they will neutralise the statistic afflictions that come with it. Continue attacking, and it will launch a major earthquake strike to enter the last phase of the game.

It will switch to Electro assaults for the third part of the battle. The attacks will be shown on the floor, similar to phase 1, to show where to dodge them. If the player gets too close, it will charge at them. Maintain a safe distance and reduce it. Azhdaha possesses a variety of high-damage skills, and players must be prepared for all of them if they are to destroy the dragon. The tremendous damage-over-time effect that is applied when a fan is hit by a secondary elemental assault is one of the most lethal components of the Azhdaha encounter. Players will need to utilise a Shield or a Geo character to negate this impact.

READ | Genshin impact unknown god: What is the true identity of the unknown god?