It is going to have large maps, tornadoes and much more in a future-based storyline. Battlefield 2042 is set to launch globally on October 22, 2021. 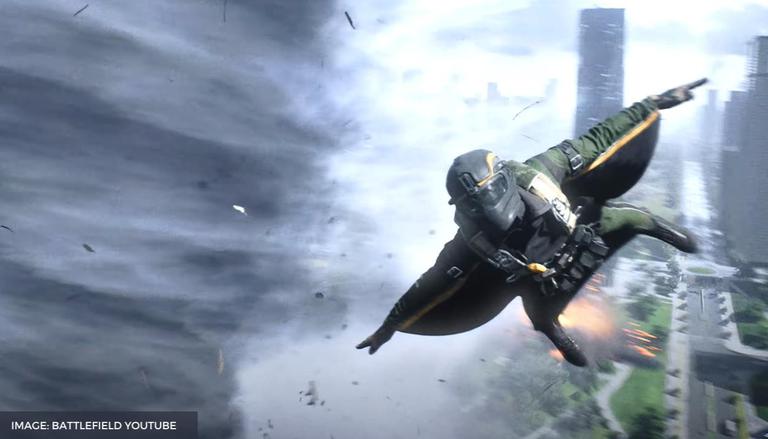 
Developed by DICE and published by Electronic Arts, Battlefield 2042 release date is out. On their official YouTube channel, Battlefield launched a 5-minute long reveal trailer, which depicts various in-game scenarios. While an initial Battlefield 2042 gameplay reveals would come out on June 13, 2021, alpha testing would follow close. Read more to know about Battlefield 2042 launch.

Battlefield is more than just a first-person shooter game. It is going to have large maps, tornadoes and much more in a future-based storyline. Battlefield 2042 is set to launch globally on October 22, 2021. However, there are a couple of other days that the fans need to keep in mind. At the end of the Battlefield trailer that has been recently launched, players are informed about the gameplay reveal on June 13, 2021. This would be followed by Battlefield 2024 alpha testing, which would begin sometime in July.

The next instalment in Battlefield is based on a fictional global conflict in the year 2042. It includes non-patriated mercenary soldiers, larger than life battle scenarios and extraordinary graphics. The players will get to choose from 10 dedicated specialists, which are replacing the classes in the previous version of the game. A total of 128 players could battle in All-Out Warfare mode, in as many as 7 maps. Like many other multiplayer shooters, Battlefield 2042 would also come with free and paid Battle Pass.

As mentioned earlier, EA is also planning to conduct a Battlefield 2024 alpha test, which might be conducted before the official launch. The publisher themselves would reach out to players who have been playing Battlefield for a long and provide them early access. Other than that, an open-beta would be available before launch for those who pre-order the game. New maps or features might be added to the game through the coming seasons.

Yes, the game would be available for all leading gaming platforms such as PlayStation, Xbox and PC. However, PS4 and Xbox Players would only be able to play a 64 men All-Out Warfare, with smaller maps designed for both the consoles. The Battlefield 2042 launch is set for October 22, 2021, for PC, PS4, PS5, Xbox One and Xbox Series X.

READ | Battlefield 6 alpha sign up: Register to try out the game as an alpha tester

READ | Is Battlefield 5 cross platform? Here is everything you need to know
First Published: 10th June, 2021 12:26 IST
SUBSCRIBE TO US