Call Of Duty Rambo Bundle: What Are The New Features Of 80s Action Heroes Event?

John McClane and Rambo skin bundles will be available as part of Call of Duty: Mobile 80s Action Heroes Event. Read on to know more about this update. 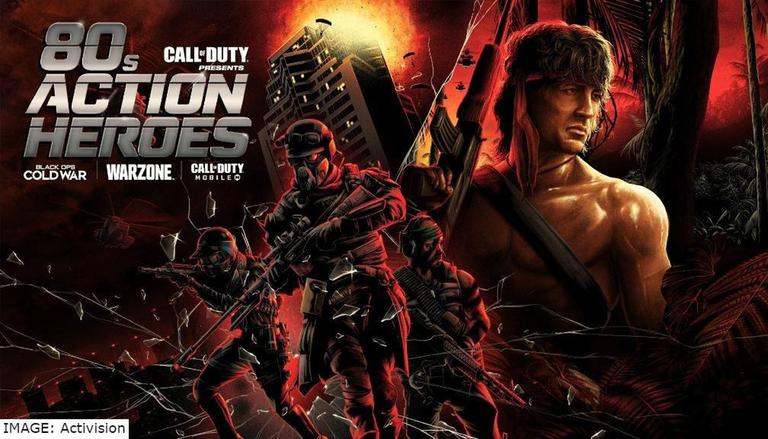 
Publisher Activision will release an update and host a special event honouring 1980s action heroes. “80s Action Heroes” is the name of the event, which will feature two of the most well-known movie heroes, John McClane and Rambo. Continue reading the article to know more about the Rambo Bundle Warzone.

The new online game mode is ideal for those looking for a lot of 80s-style action in-game. Players can also buy the 80s Action Heroes pack from the in-game store, which can then be included in other Multiplayer modes and Battle Royale mode, according to Activision. The Rambo Call of Duty: Mobile Bundle will be available in the in-game store and features John Rambo. Rambo will be included, as well as three blueprints, one LMG, one assault weapon, and one Knife, as well as an Epic Parachute, an Avatar, a Calling Card, a Grenade, a Tank, and a Profile Frame.

John McClane will also be available in the in-game store as part of the Die Hard Call of Duty: Mobile Bundle. The Epic Character, three Epic Blueprints (two SMGs and one pistol), an Epic Frag Grenade, a Parachute, a Cargo Truck, an Avatar, a Calling Card, and a Frame for your profile will all be included in the kit. Both these bundles are going to be available for purchase from the in-game stores till June 18.

WE RECOMMEND
Biden to award 1st Medal of Honor to retired Georgia colonel
How to turn on DLSS in Warzone? Here's how to improve the game's performance
What are Operator Skills in COD Mobile? Everything you need to know
Warzone MOAB Battle Pass: What to expect, price and release date
Best guns in Warzone season 3: Checkout this list of top tier guns in Season 3 Warzone