Far Cry 6 release date has now been confirmed. the makers have also released more information about the game and we have listed them here. Read about Far Cry 6 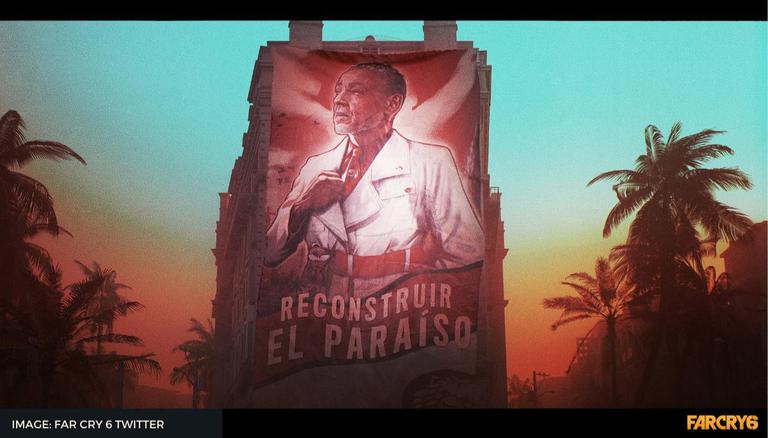 
Far Cry is a popular gaming franchise that has been developed by Ubisoft. It gives the players the option to play one of the most adventurous FPP gaming experiences. The players have currently been waiting for this game to be released soon. The makers have now updated the community with the official Far Cry 6 release date. So to help the players, here is all the information needed about the Far Cry 6 release.

While waiting for #FarCry6 , rediscover the old classics with Ubisoft+
💥 https://t.co/S8Kn18CsH5 pic.twitter.com/RUururLnsw

Ubisoft has now confirmed that Far Cry 6 is going to be released on October 7 all over the globe. The popular FPP game is going to be available for all the players using Xbox Series X, Xbox Series S, Xbox One, PlayStation 5, PlayStation 4, Stadia, Amazon Luna and Windows PC. Makers have also made sure the players can download this game for Windows exclusively from the Epic Games Store and the Ubisoft Store. Players can also get this game by Ubisoft+. Apart from this, the makers have also released some new content related to this game. Thus the players are searching about Far Cry 6 gameplay revealed. They have uploaded a lot of videos on their Youtube page which has been picked by a number of players currently.  These videos include a new Far Cry 6 trailer and a number of different gameplay videos that give a player insight into the game developed by Ubisoft.

Far Cry 6 leak has certainly given the players an insight into the game’s next villain. This is because of  PlayStation Store Hong Kong listing, as they have confirmed Giancarlo Esposito aka Gus Fring to be Far Cry 6’s next villain. The makers have also named the game, Polar Cry and it will be based in Yala, a tropical paradise whose time has been frozen. According to the PS Store, the game will be made available for next-generation console i.e. PS 5. Thus Far Cry 6 or Polar Cry could have some new enhanced additions to the game. As per the product listing on Amazon and Flipkart, PS 5 is going to be out by late 2021. Thus it is certianly easy to expect some new features to be released that are going to be compatable with the next generation consoles that hahve already been released.