EA just dropped the official trailer of FIFA 22 on YouTube. The trailer showcases a new Hypermotion technology used by EA to enhance the movement in-game. 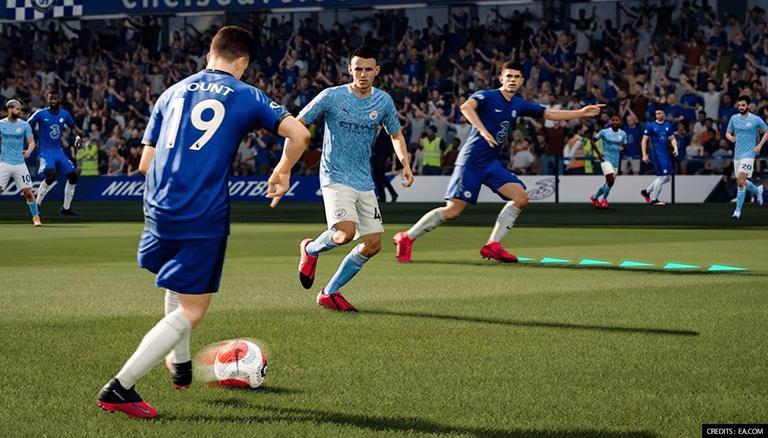 
Fifa by Electronic Arts is one of the most successful gaming titles ever. In the popular video game, players get a chance to play as their favourite teams against real opponents. While the developers keep adding new features in the game to make it more exciting, they also release title successors every year. As fans around the world are excited about the upcoming FIFA title, EA Sports FIFA just revealed an official trailer of the upcoming FIFA 22. Keep reading to know more about the release date and pre-order details.

As mentioned, EA just dropped the official trailer of FIFA 22 on YouTube. The trailer showcases a new Hypermotion technology used by EA to enhance the virtual movement of the players and bring a life-like feel to it. While the game is up for pre-order on several platforms including PC, PS and Xbox, EA will grant four days early access to those who pre-order the upcoming game. A quick look on the pre-order page for various platforms reveals FIFA 22 release date. Those who pre-order the game will get it from 27 September 2021, 12:00 AM. If that is supposed to be four-day early access, the FIFA 22 release date will be October 1, 2021.

With new HyperMotion Technology, welcome to a revolution in
football gameplay. 🎮⚽

FIFA 22 will available on all the leading gaming platforms including PlayStation 4 and 5, Microsoft Series X|S, Xbox One, PC and Google Stadia. The Hypermotion technology used in the game could benefit from the hardware capabilities of both Microsoft and Sony's latest consoles. It has been created by using real-time motion analysis and animating the high-intensity football gameplay of 22 players. Additionally, a FIFA 22 Legacy Edition will also be launched for Nintendo Switch. Alongside, EA Play members will get a discount on pre-orders and monthly in-game rewards.