As seen in the leaked Fortnite Chapter 3 trailer, there is going to be a myriad of new elements in the upcoming Chapter, including Spider-Man skins. 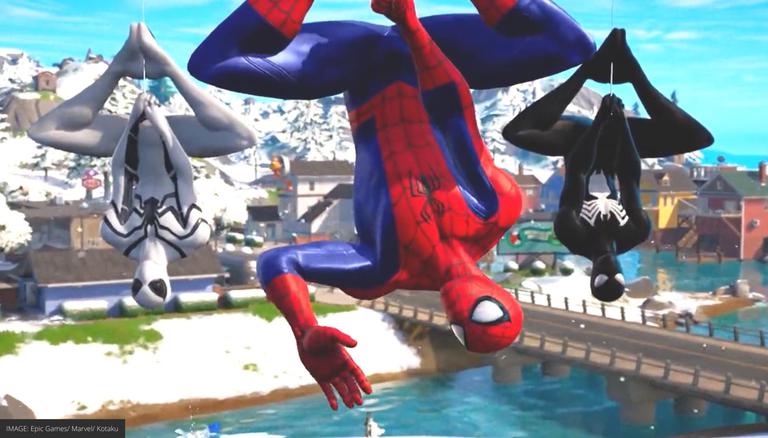 
Fortnite has concluded its Chapter 2 with an in-game event called "The End." While the servers are currently down for maintenance, Epic Games has not revealed any official information about the release of Chapter 3. In the past, Fortnite has released some of the most interesting game trailers, for both a season finale or the beginning of a new chapter. In a recent leak, the Fortnite Chapter 3 trailer has surfaced online and it seems legitimate.

The Fortnite Chapter 3 trailer has been leaked by @DaRealGalaxyBoi through a tweet on December 4, 2021, at 02:58 PM. The tweet contains a 01:43 minutes long video that looks like one of the official trailers for the upcoming Chapter of Fortnite. The video has gathered over 500K views since it was uploaded and has more than 12K likes and over a thousand retweets. Those who do not wish to see spoilers from the upcoming Fortnite season are advised not to watch the video.

The map has a building titled 'Daily Bugle'

The trailer reportedly comes from an official YouTube channel of Epic Games. As seen in the leaked Fortnite Chapter 3 trailer, there is going to be a myriad of new elements in the upcoming Chapter, making it an important update for Epic Games. For instance, the trailer reveals new areas on the island, including a building titled Daily Bugle and another location themed after Sunny Steps from the first Fortnite chapter.

One of the major highlights of the new Fortnite Chapter 3 trailer is the presence of Spider-Man. The character is showcased in not one but three suits, including the classic red and blue suit, the black suit and the white suit as well. It is likely that the character will also be available as a part of the Fortnite Chapter 3 Battle Pass. Epic Games has also added The Foundation, which is played by Rock Johnson and had an important role in the conclusion of Chapter 2.

READ | Is Fortnite collaborating with American TV series 'Breaking Bad'? All you need to know

Additional gameplay features include swinging and sliding down a hill

While the Fortnite Chapter 3 map seems to be filled with new areas to explore, the trailer also reveals a couple of new features. Characters are seen sliding down from hills with additional speed. Additionally, a scene also reveals that Fortnite might let players swing around from one place to another like Spider-Man. Fortnite players might be able to retrieve a few weapons from the last match they played in the game as well. More details will be revealed when an official trailer comes out. Stay tuned for more Fortnite related updates and other gaming news.

NEW FORTNITE CHAPTER 3 TRAILER LEAKED ONLY WATCH IF YOU WANT TO!! #FortniteChapter3 pic.twitter.com/N0SBoJaF4I