Fortnite Superman Skin: When Does Superman Come Out In Fortnite? All You Need To Know

Superman is one of the most awaited skins in Fortnite and is out now. Players have to complete multiple quests to unlock the Fortnite Superman Skin in the game. 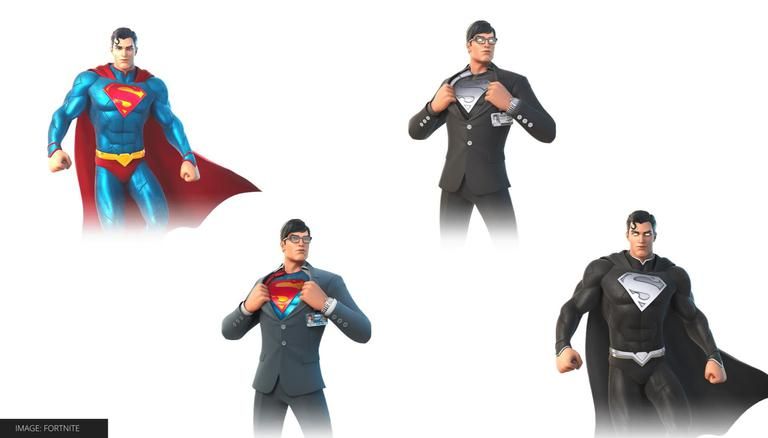 
Fortnite Season 7 features a Superman cosmetics bundle, which has a few items other than the main Superman skin. While it was supposed to come out on August 12, 2021, the Fortnite Superman Skin will launch on August 10, 2021. As a part of Battle Pass for Fortnite Chapter 2 Season 7, the Man of Steel has made its way into the game. Players are excited and they want to know about how to unlock Superman skin in Fortnite, which is covered in the following section.

When does superman come out in Fortnite?

While the Superman cosmetics bundle includes multiple items, players will not be able to unlock the main Superman skin initially. The base skin which is available to unlock right away is that of Clark Kent, the character that Superman uses to disguise as a normal person in the movies. However, players must keep in mind that in order to unlock all the items in the bundle, they must possess enough Battle Stars beforehand.

Superman's Quests (not ingame yet)! pic.twitter.com/0GmXBAfsPX

How to unlock superman skin in Fortnite?

In the game, players are required to complete nine quests to unlock items in the Superman cosmetic bundle. Although the quests do now show in the game yet, they have been leaked over the internet by Fortnite data miners. The Superman set consists of multiple items including Superman Shield Spray, Clark Kent Outfit, the Daily Planet Back Bling, call to action emoticon, secret identity emote, Superman shadow style, Superman Banner icon, last son of Crypton loading screen, solitude striker pickaxe and Kal-El's cape glider.