Gamescom 2021 Xbox Event Live Streaming: When & How To Watch The Conference LIVE

Microsoft has prepared a gala event for its fans as the company plans to reveal some big announcements about upcoming games like Starfield and Perfect Dark. 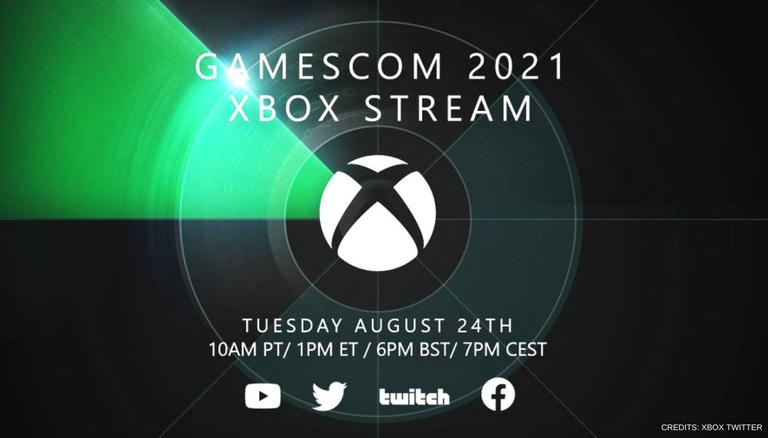 
Microsoft has revealed the date of its upcoming Gamescom 2021 Xbox Stream event as August 24. For some regions in the world, the event might start on August 25.

The event will enlighten players around the world about the already announced Xbox Game Studios and other titles from third-party developers. Gamescom is an annual gaming-related event and this year it is going to be held virtually. For those who own an Xbox gaming console, the event is going to be very important as the company will reveal details about the upcoming titles as well.

Microsoft Xbox has prepared a gala event for its fans as the company plans to reveal some big announcements about upcoming games. Those who will be joining in the live stream might expect to hear from Microsoft and Xbox about previously announced titles like Starfield, Perfect Dark, Halo Infinite and Fable. Halo recently received its first multiplayer gameplay preview and it was a huge success.

Building upon the same, Microsoft might drop more details about the new game, including a release date or test schedules. Since the event will also include updates on games from third-party developers, players might expect some details on the FromSoftware's Elden Ring and Activision's new Call of Duty. Microsoft will also reveal new details about the Xbox Game Pass and announce new titles coming for the subscribers.

"To warm you up for gamescom week we’ll be airing the official gamescom 2021 Xbox Stream, hosted by Parris Lilly and Kate Yeager. Join us on August 24 at 10:00am PT/6:00pm BST/7:00pm CEST to learn more about our biggest exclusive games line up ever" says Xbox in an official blog post on their website.

Where to watch Gamescom 2021 Xbox Stream

The Gamescom 2021 is an online event and the complete event will be streamed live on Twitch, Facebook Gaming, Twitter, and YouTube. The stream will go live on August 24, 10:30 pm IST and will be hosted by Kate Yeager and Parris Lilly. Xbox said that the company plans "to offer support for 30 languages, along with our English Audio Descriptions and American Sign Language." The company informed that it hopes to provide additional accessibility support for the live broadcast in additional languages.

READ | How to turn on night mode on Xbox? Step-by-Step guide to use this new Xbox Insider feature

Save the date for new looks at upcoming games during the Gamescom 2021 Xbox Stream: https://t.co/2JPZrhJqqj pic.twitter.com/DsXmYazaTJ