Genshin Impact Gorou is going to be the first Geo bow-user leaked in the game. Here is everything you need to know about the leaked character. 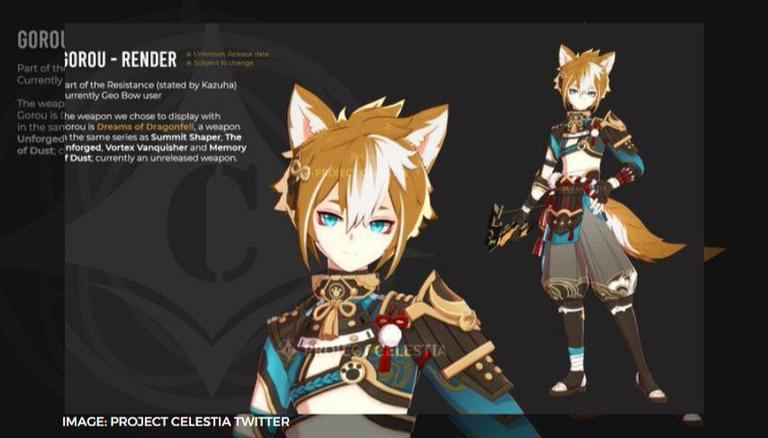 
The Genshin Impact developer, miHoYo recently revealed some of its cool new characters coming to the game in a few hours. However, the leakers took this opportunity to unveil most of the unsaid things related to GI Version 2.0. As per the leaks, Genshin Impact Gorou will possibly be the first Geo bow-user in the game. Many players are eagerly waiting for more information regarding the same. So, here is all you need to know about it.

The data mining community has been abusing a lot of game franchises over the past few years by leaking various undisclosed information on the internet. Genshin Impact being one such popular game in the market is also been a subject of these practices. However, this time, the organisation revealed a few details around version 2.0 of the game coming in the market which will have several new characters making a debut. But, before we begin, you must know that the leaks and the information about the same on the internet may get changed by the organisation. The Twitter page of Project Celestia contains a good number of leaked characters in which one can have a look at what's coming up next.

The leaked Genshin Impact Version 2.0 includes details about upcoming characters that include Gorou who is said to be the first playable Geo bow-user. Genshin Impact Gorou is young and has fox-like ears similar to Sucrose’s ears. As mentioned before, rumours say that he will be the first playable character to utilize the Geo bow combination. He is a colleague of Kazuha which is said to be the compassionate and empathetic protagonist.

Apart from this, a lot of Electro characters have also been leaked by Project Celestia. The leaks will surprisingly be overwhelming, especially for the developers as they try to keep things low-profile about upcoming releases. If things don't go well, the organisation might have to stop conducting close beta tests. However, from the player's point of view, you can now start collecting Primogems and save them for the upcoming character (only if the organisation decides to not change them due to leaks and data mining). Genshin Impact is available now on PC, PlayStation 4, PlayStation 5, and Mobile.