How To Get Cammy Cup Skin In Fortnite: Here Are Fortnite Cammy Cup Details 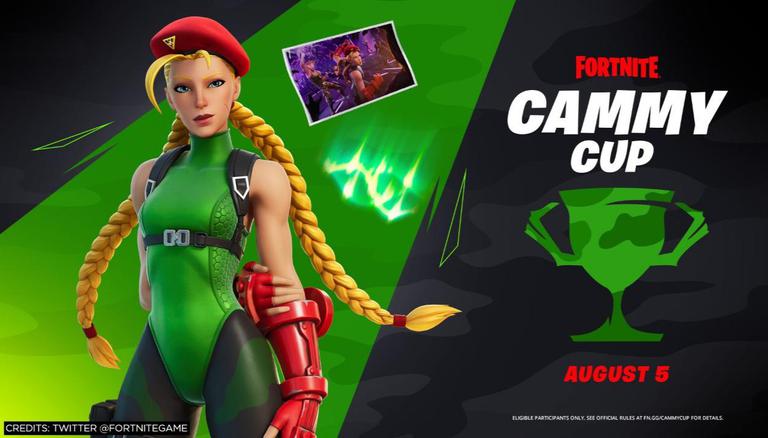 
Fortnite has orchestrated an all-new collab and the latest one is with one of the most iconic titles of all time, Street Fighter. One of the legendary fighters from Street Fighter Roster, Cammy White, has his exclusive skin available in Fortnite. This new icon skin needs to be unlocked by participating in the Fortnite Cammy Cup. Fortnite Cammy Cup is the latest skin tournament in the game.

How to get Cammy Cup skin in Fortnite?

Many have been wondering, 'How to get Cammy Cup Skin in Fortnite?', the answer to that is by scoring enough points in the Fortnite Cammy Cup. The reward for the Fortnite skin tournament includes; Cammy Outfit and her Borealis Backer Back Bling. The tournament will take place according to regions, the players will have to be inside the points threshold of their region to get the Cammy Fortnite Skin.

How many points do you need to get the Cammy skin in Fortnite?

There is a point system that has been introduced for the Cammy Cup. Every region has its own points threshold, the players will have to be within their respective regions threshold to get the Cammy Fortnite Skin for free. Check out how many points do you need to get the Cammy skin in Fortnite below:

The upcoming Fortnite Cammy Cup is a duos tournament, so the players should find themselves a decent partner if they wish to excel in the tournament. The players should also have their Epic accounts at level 30 minimum and have two-factor authentication enabled on that account to enter the match. Other than that, the tournament will work as a normal duos match that players will participate in. There is a point system that has been revealed by Epic for this skin tournament, check it out below: