Mass Effect Andromeda Peebee Romance Guide: Here's How To Romance With The Character

Mass Effect Andromeda players have been asking about Peebee Romance Guide. So we have listed a romance guide that can be followed easily in the game. Read more 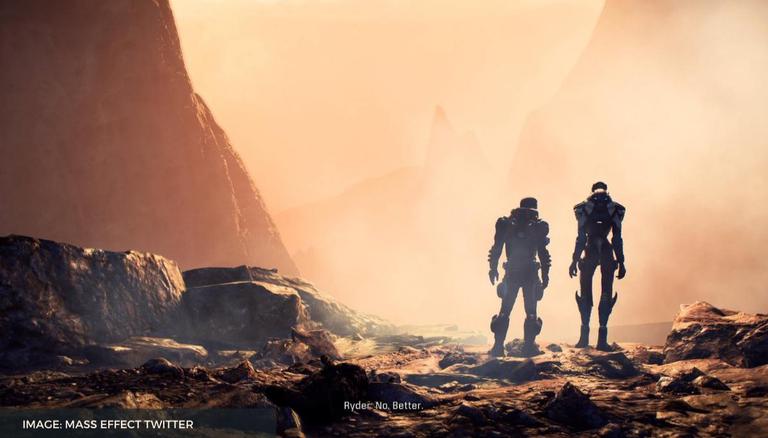 
Mass Effect Andromeda is a popular action role-playing video game that has been developed by BioWare. The makers have added a number of different characters in the game and the players can even romance with some of them. Thus the players have recently been asking questions like how to romance Peebee in the game. To help them, here is all the information required to start Peebee romance in the game.

All the players need to do is talk to the designated character in a humble and flirtatious way. The first interaction with this character can be done by talking to her at the Tempest’s Escape Pods. Then the players can talk to her just before reaching Voeld. There, choose the flirt option to progress your romance with Peebee. Then finish the A Trail of Hope mission in the game and again start flirting with Peebee. Then the players will get an option to establish a relationship with no strings attached or to fully commit to Peebee. Choose the fully committed relationship choice and make sure to choose the correct options. Apart from this, here are also all the Mass Effect Andromeda romance options that are available in the game.

Mass Effect Andromeda was released in 2017, and it has complex requirements when it comes to graphics. The players will need to have at least 55 GB of space on their devices for the game to run smoothly. The players might even spend upto 18h 52m to complete just the main story of the game. Some players have even reported that they ended up spending upto 64 hours to just finish the story and all the side missions in the game seeing players spend hours on this game certainly proves that there are a lot of different things and features that make this game a big one. So here are the Mass Effect Andromeda system requirements taken from EA’s official website.

WE RECOMMEND
Mass Effect Andromeda romance options: What are some of the best romance choices?
Epic Games giving away 'Dying Light', 'Resident Evil 7', 'The Witcher 3' & more for FREE
Bloodhound Quotes: Here are the best quotes of Apex Legends character