Pokemon Go Regirock: Get A Chance To Obtain The Legendary Regirock In This New Event

The Legendary Titans are a group of six golem-like Pokémon, each of which has just one type. The three original ones are returning back in Pokemon Go. Read on. 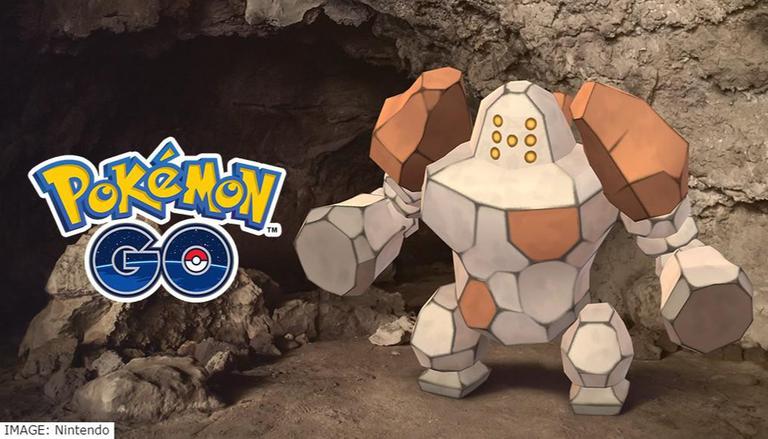 
In the upcoming Pokemon Go event of June, the 3 original legendary titan Pokemon will be making their appearance. This would be the best time to go against these in high tier raids and obtain them. So how to get Regirock in Pokemon Go? Continue reading the article for a guide on obtaining this legendary rock-type Pokemon as of the latest Pokemon Go update.

Regirock is going to appear in Raids from June 1 through June 17, 2021, and as mentioned above, it is the best time to get your hands on this Pokemon as it can't be obtained in the wild. Therian Formes of Tornadus, Thundurus, and Landorus debuted in Pokémon GO during the Season of Legends, paving the way for Xerneas and Yveltal to make their Pokémon GO debuts. Niantic has officially revealed the Season of Discovery, which will be the next season. This will include the Pokemon GO Fest 2021 and the fifth-anniversary celebrations. The regirock that you can obtain during this raid battle also has the chance to be shiny.

The only other way to obtain such legendary Pokemon is by directly trading with a player who already has it. Keep in mind that this is going to require immense amounts of stardust as it is considered as a very special trade. The Season of Discovery will run from Tuesday, June 1, 2021, at 10:00 a.m. local time to Wednesday, September 1, 2021, at 10:00 a.m. local time!

The Legendary Titans are a group of six golem-like Pokémon, each of which has just one type. The first three, Regirock, Regice, and Registeel, were discovered in Gen III's Hoenn region. Regigigas, the fourth, didn't appear until the Sinnoh region of Generation IV, and Regielecki and Regidrago, respectively, were introduced in the Crown Tundra DLC for Pokémon Sword and Pokémon Shield.

READ | How to get the new Eevee evolutuiuon in Pokemon Go? Here's more about Sylveon