Kazuya Mishima, a Tekken legend, will make its Super Smash Bros Ultimate debut on June 29, 2021. Along with the new character, there are other additions too. 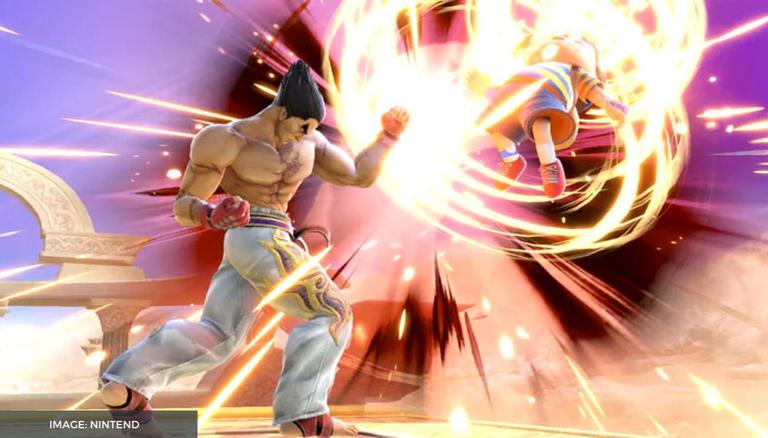 
Super Smash Bros Ultimate is one of the most popular arcade fighting games. Along with a variety of characters with special powers, it lets players fight in various arenas. As a part of Challenger Pack 10, players would be able to play using Kazuya in Smash Ultimate. The Smash Kazuya release date is set for June 29, revealed in a live stream by Masahiro Sakurai, the Super Smash Bros Ultimate director.

Kazuya Mishima, a Tekken legend will make its Super Smash Bros Ultimate debut on June 29, 2021. As mentioned, he would come as a part of Challenger Pack 10, which costs $5.99. A player shall also possess the Figher Pass Vol 2, which costs $24.99. Along with Kazuya Mishima, new Mii fighter costumes are also being added to the game. The Tekken's devil fighter was announced on June 15, 2021, and he would be the 81st individual character in the game.

One character is yet to be announced

To complete the second Fighter's Pass DLC, Nintendo is yet to announced another character that will be coming to Super Smash Bros Ultimate later this year. Other than Kazuya Mishima, other players that were recently added to the rooster were Sephiroth (Final Fantasy 7), Pyra and Mythra (Xenoblade Chronicles 2), Min Min (Arms) and Steve (Minecraft), Considering that most characters in the recent past have been launched around 9 PM ET, Kazuya might also be revealed at the same time.

READ | Tekken 7 characters full list: Here's all you need to know about the characters

Other additions with Ultimate 12.0 update

Kazuya Mishima would have the most complex moveset of any player in Super Smash Bros Ultimate, and yet somehow the developers have been able to mould it according to the aesthetics and control scheme of Smash. Along with Kazuya, there would be other additions in the coming Smash Ultimate 12.0 update. One of the additions can be the Mishima Dojo Stage, which starts as an enclosed arena with breakable walls on the side. Additionally, as many as 39 music tracks would also be included from Tekken. As mentioned earlier, the update would also bring new Mii fighter costumes for $0.75, and users can purchase Shante, Skyrim's Dragonborn, Lloyd and Dante.

READ | Final Fantasy 7 Tifa Lockhart: How to download this mod for Tekken 7? Find out