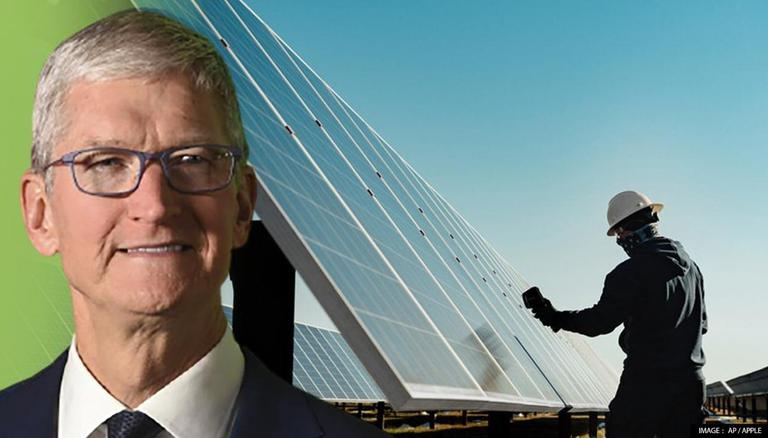 
Apple Inc. on October 27, revealed that 11 manufacturing sites operated by suppliers in India have joined the tech giant's clean energy programme that aims to turn carbon neutral across its supply chain and products by 2030. In its official release, the company stated that under this programme, 175 Apple suppliers will transition to renewable energy, and the company and its suppliers will bring online more than 9 gigawatts of clean power around the world. As per Apple, this step will avoid over 18 million metric tons of CO2e annually — the equivalent of taking over 4 million cars off the road each year. It has more than doubled the number of suppliers committed to using 100% clean energy over the last year.

As for India, it has a big role to play in the programme. Apple said that it is excited about the expansive growth of renewable energy in India and this programme will offer a roadmap for a resilient energy future for the country. Meanwhile, the 11 suppliers who have joined Apple's green energy goals are Lingyi Tech, Pegatron, Sunwoda Electronic, Hon Hai, Jabil, Wistron, Yuto, CCL Design, Flex Ltd, Cheng Uei (Foxlink) and Avary, as per multiple media sources.

According to the official release, 10 new projects under its 'Power for Impact' initiative has also been added by Apple to bring clean energy solutions to communities around the world. The release further mentioned that these projects are designed to provide renewable power to under-resourced communities while supporting economic growth and social impact. Talking about the development, Apple CEO Tim Cook said-

“Every company should be a part of the fight against climate change, and together with our suppliers and local communities, we’re demonstrating all of the opportunity and equity green innovation can bring. We’re acting with urgency, and we’re acting together. But time is not a renewable resource, and we must act quickly to invest in a greener and more equitable future.”

Taking pride in its success, Apple claims that the company is already carbon neutral across its global operations and every Apple device sold by 2030 will have a net-zero climate impact.

WE RECOMMEND
FIR registered against Udaipur teacher for celebrating Pakistan's victory against India
Apple releases macOS Monterey for eligible devices; Check features & how to download
India beats all G7 nations to record highest growth in merchandise exports in 1.5 years
Apple releases iOS 15.1 update: Check new features and how to download
Apple iPhone SE 3 might be inspired from iPhone XR, claims report
Listen to the latest songs, only on JioSaavn.com