Apple IPhone Users Will Not Be Able To Downgrade On IOS 15 After Upgrading, Read Details

Apple has stopped signing iOS 15.0 after the launch of iOS 15.0.1 which happens to fix a lot of bugs that were pushed along with the public release of iOS 15.0. 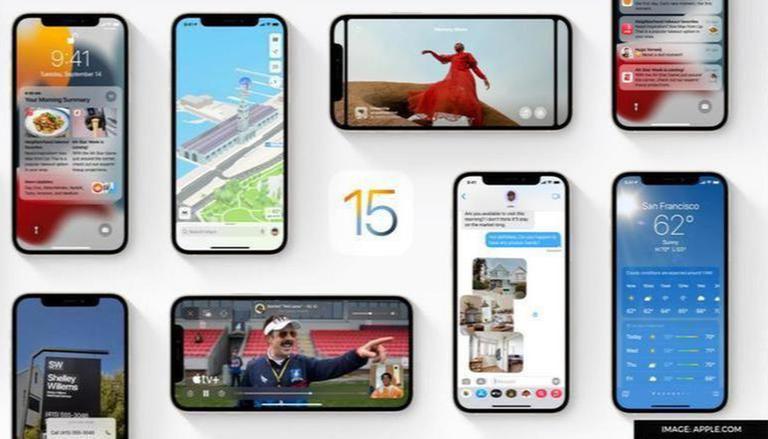 
Apple has stopped signing iOS 15.0 following the release of iOS 15.0.1 a few days ago. The previously available iOS 15.0, which was launched on September 20, 2021, will no longer be available for users who have already upgraded to iOS 15.0.1. It has been done in order to encourage users to update to the latest version of the mobile operating system that is being offered by Apple, and the company does this routinely.

Alongside the iOS 15.0, Apple users will not be able to downgrade to iOS 14.8, which was the last stable version of the iOS 14. Hence, those who have upgraded from iOS 14 will not be able to restore it anymore. With iOS 15, Apple introduced a lot of new features such as Focus Mode, Live Text, offline Siri and much more. Overall, the iOS 15 is a significant update over the last version of iOS.

The first public built released by Apple was buggy and a lot of users around the world complaint about issues they faced as they updated their iPhones to the iOS 15. The issues included an unresponsive screen, non-functional dialer, wrong storage warnings, an unaligned interface for Instagram, iPhone 13 not being unlocked with Apple Watch and more. While Apple acknowledged only a few of them, it released an update that fixed quite a lot of bugs in the latest iOS, and the update is called iOS 15.0.1.

The iOS 15.0.1 update was launched on October 1, 2021. It is available for all those iPhone models that were previously eligible for the iOS 15. the update comes just in time as a significant number of iPhone users were facing difficulties with their devices after installing the iOS 15. One of the many issues that the Cupertino based company acknowledged was a bug with the 'Unlock with Apple Watch' feature. In addition to fixing bugs, the update also contains minor privacy and security improvements. That being said, Apple users around the world are expecting a launch event this year, which is expected to reveal the MacBook Pro models and AirPods 3.

WE RECOMMEND
Apple releases iOS 15.0.1 update, includes bug fixes for iPhone users
Apple working on project IronHeart, planning to extend functionality of CarPlay
Apple to release new Conversation Boost feature for AirPods Pro & Max; see how to activate
Apple to require developers to provide users with an option to delete their accounts
How to get free AirPods? Check out this new Apple iPhone 12 and 12 mini Diwali deal
Listen to the latest songs, only on JioSaavn.com