Motorola Edge 20 Lite, Edge 20, and Edge 20 Pro come as successors to the Motorola Edge series which was launched last year. All models have different chipsets. 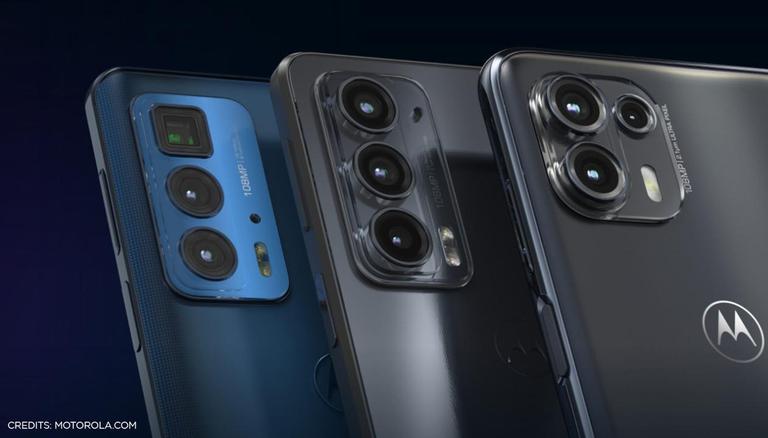 
Motorola Edge Series now has three new successors. The Motorola Edge 20 Pro, Edge 20 and Edge 20 Lite are the latest smartphones by the company. The three devices feature a 108 MP camera, along with high refresh rate displays and a near-stock Android experience. However, none of them has the popular edges that were present in the original Motorola Edge launched last year. Keep reading for a specification overview of the three new devices by Motorola.

The Motorola Edge 20 Lite is the youngest sibling in the Edge lineup. It comes with a 6.7" OLED 90Hz display which supports 10-bit colour, DCI-P3 colour space and HDR10+ content. On the inside, a 5,000 mAh battery (30W TurboPower) powers a MediaTek Dimensity 720 chipset, which is decent. The model which has been announced has 8GB RAM and 128GB of internal storage. However, the headline of the device is a 108MP primary lens, which is accompanied by an 8MP ultra-wide, a separate macro and depth sensor as well. The Motorola Edge 20 Lite price starts at EUR 349.99, which roughly translates to Rs. 31,000.

The Motorola Edge 20 is an upgrade from the Edge 20 Lite in terms of performance and price. The smartphone comes with a 6.7" OLED 144Hz display, which supports DCI-P3 colour space, 10-bit colour and HDR10+ content as well. However, unlike the Edge 20 Lite, the Edge 20 houses a 4,000 mAh battery (30W TurboPower) which is used to power a Qualcomm Snapdragon 778G chipset, which comes with Adreno 642L GPU. In terms of optics, the Motorola Edge 20 comes with a 108MP primary camera, which is coupled with an 8MP 3x optical zoom lens, a 16MP ultra-wide lens and a Macro lens. The storage and memory size is similar to its younger sibling. The Motorola Edge 20 price starts at EUR 499.99, which roughly translates to Rs. 44,000.