Samsung Galaxy A52s 5G Gets RAM Plus Feature: What Is RAM Plus, How Does It Work? Read 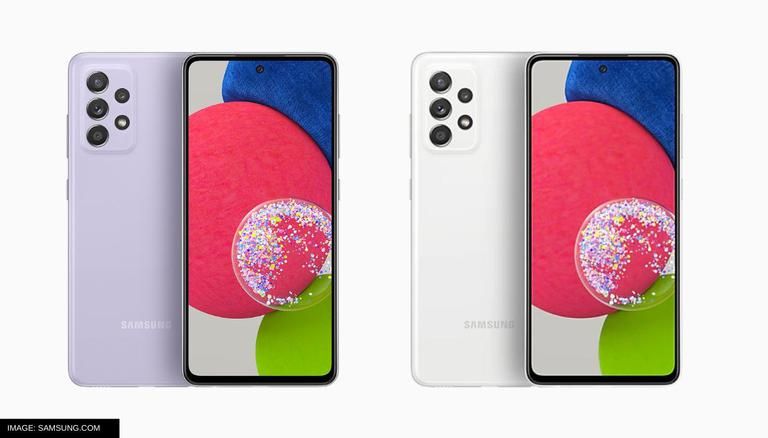 
Samsung Galaxy A52s 5G was launched by the Korean tech giant on September 1, 2021. It has been hardly two weeks since the device came out in the market and Samsung is rolling out a new feature for the device. A new software update will allow Samsung Galaxy A52s 5G users to upgrade its RAM up to 4GB. The feature is called RAM Plus and increase the memory utilizes for executing tasks on a smartphone by expanding it virtually.

The software update for Samsung Galaxy A52s 5G also brings along camera stability and other underlying improvements such as device stability, new features, and performance improvements. The update is accompanied by a new security patch as well. Before knowing more about the RAM Plus technology, the Samsung Galaxy A52s is a mid-tier smartphone powered by Qualcomm Snapdragon 778G processor which supports 5G and is priced at Rs. 35,999 for the 6/128GB model.

What is virtual RAM expansion on Samsung Galaxy A52s 5G?

Difference between RAM and storage on a smartphone

In smartphones, there is a huge difference between the performance of the RAM and storage. RAM is designed to work fast and execute tasks instantly, acting as a dynamic source of memory that can be accessed by applications. Whereas, the storage is quite slow and accounts for a static source of memory for storing applications and other data. Keeping that in mind will help readers understand virtual RAM expansion and the Samsung RAM Plus feature.

How does Samsung RAM Plus technology work?

Using virtual RAM expansion, a mobile device can extend its RAM by temporarily converting some part of the storage into RAM. The Samsung Galaxy A52s can convert up to 4GB of storage into virtual RAM. This additional vRAM supports the dedicated, physical RAM on a device to retain applications in the background and improve the RAM management system of a device. This will allow more apps to run in the background, avoiding app crashes or reloads while the user switches to another app. It is important to note that the virtual RAM created using RAM Plus or any other feature on mobile smartphones is not as fast or powerful as the actual RAM on the device.

Along with the Samsung Galaxy A52s 5G smartphone, Samsung announced the new virtual RAM expansion feature called RAM Plus in the UK earlier this month. The feature seems to be coming to Indian retail units of the smartphone as well, with a software update that carries the following build number: A528BXXU1AUH9. Similar technology already exists on Windows devices, wherein an external drive attached to the laptop or computer can be used temporarily as RAM. The feature on Windows is called ReadyBoost.