Xiaomi Redmi Note 8 Pro Review: This Smartphone Will Surprise You

The Redmi Note 8 Pro is the most powerful smartphone that you can get at its price. Also, it has a 64MP quad camera setup. So, should you buy it? We find out.

Xiaomi has sold over 100 million Redmi Note devices globally since 2014 – which is when the first Redmi Note was launched. Clearly the Redmi Note has been a global bestseller – especially in India where the lineup has become kind of synonymous with affordability and reliability. And over the years, Xiaomi has only upped its game.

Now, I have been using the Redmi Note 8 Pro for well over a week now and I have found it to be such a typical Xiaomi device, I am not even surprised how good – read, value for money – this thing is. It just works. Even better than the Redmi Note 7 Pro in some cases. 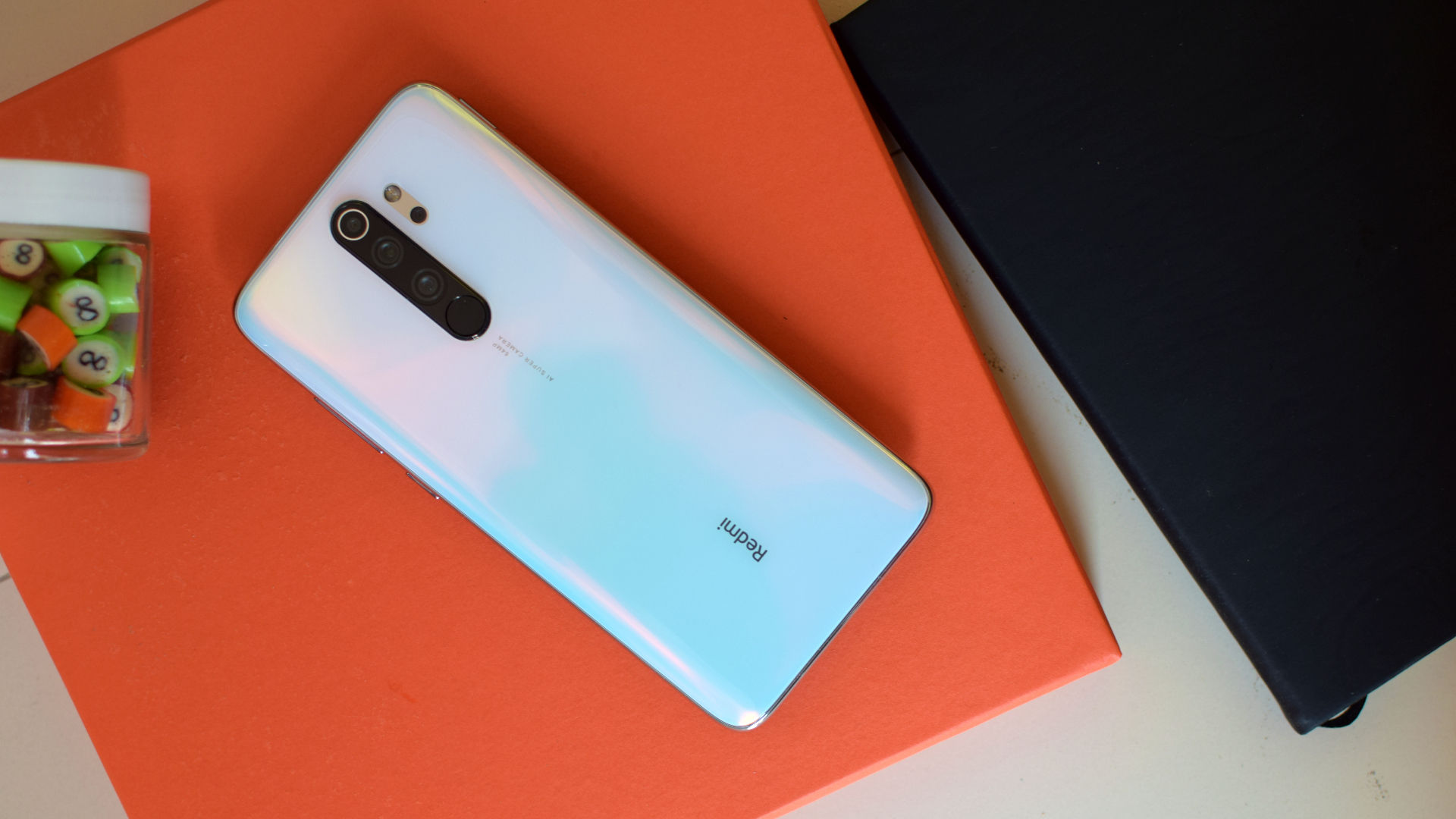 Take the design for instance. Xiaomi has drawn inspiration from the Redmi K20 and Redmi K20 Pro here. This is especially true for the back, which uses four-sided curved Corning Gorilla Glass 5 that sort of melts into the sides – which is plastic, by the way. The Redmi Note 7 Pro was flat and boxy in comparison which made it tad uncomfortable to hold. The camera alignment is also ala Redmi K20 and Redmi K20 Pro.

Like the Redmi K20 Pro and Redmi K20, the Redmi Note 8 Pro also comes in a slew of fancy light-bending colours. It’s not as flamboyant though. The most you get, in case you really like to flaunt it, is a new Gamma Green variant which is a first for any Xiaomi phone. There’s also a pristine Halo White, and a smart and sophisticated Shadow Black – both are relatively sober options. Be that as it may, Xiaomi has done a good job here and much like any other Xiaomi phone, the Redmi Note 8 Pro also screams premium from the get-go. There are no two ways about it.

While we’re on nitpicking, the Redmi Note 8 Pro tends to wobble when placed back facing down because of its huge camera bump. Also, for some reason, Xiaomi has made the fingerprint scanner part of the phone’s camera array and because it sits on a raised platform, using it can be annoying. That fingerprint scanner works like a charm though – once you get used to its odd positioning. 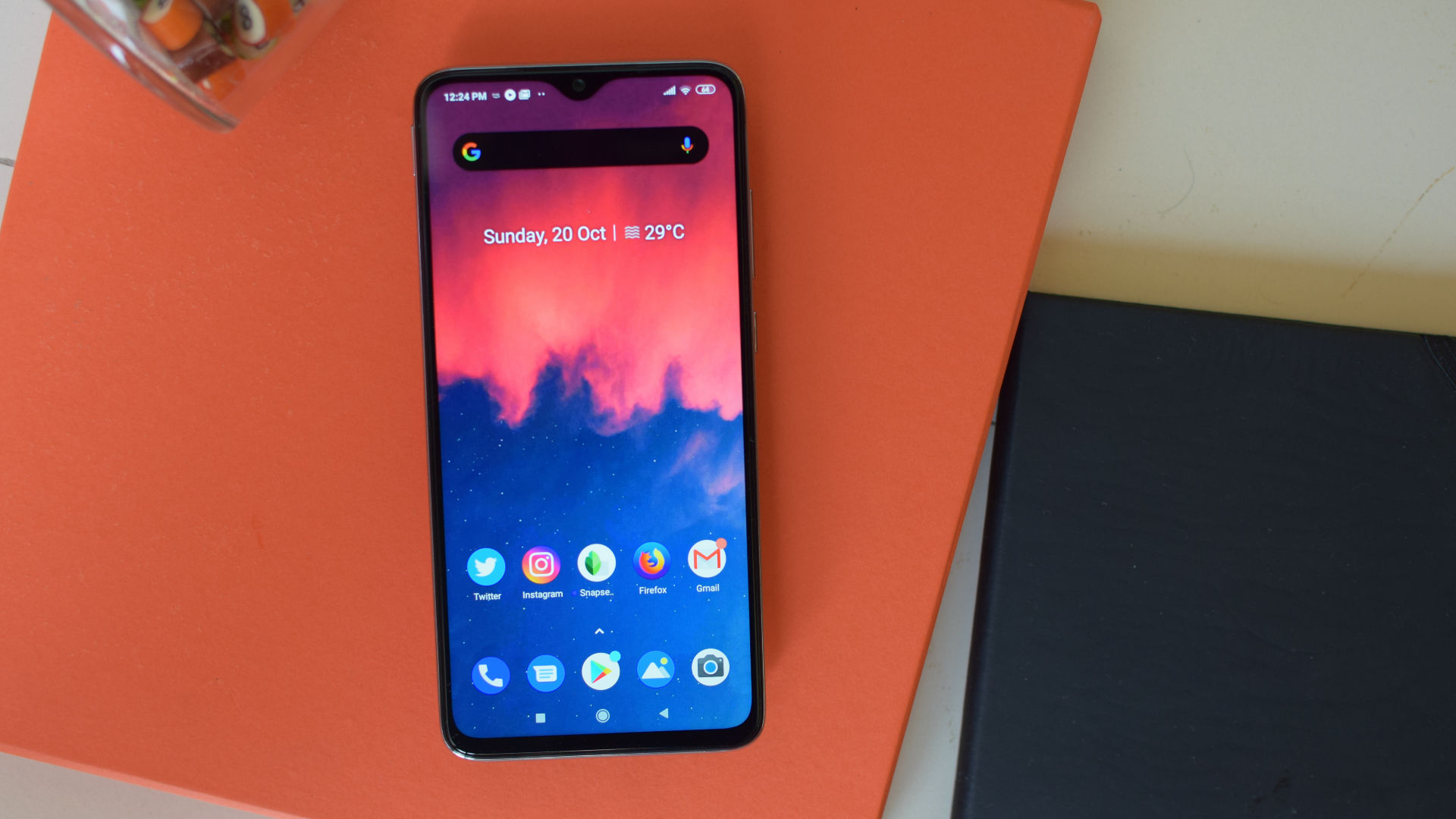 The 1080p+ IPS LCD screen of the Redmi Note 8 Pro is HDR-certified, something that you rarely get in budget phones. The phone also ships with Widevine L1 support out-of-the-box. At the time of writing this review, both these aspects don’t work in Netflix for some reason but hopefully a software update should fix that soon. As for general content, the screen of the Redmi Note 8 Pro can output good – if a little muted – colours by default. The overall tone edges slightly towards the cooler side but you can always change that from the settings as per your preference.

-- The phone uses chip on film technology that allows Xiaomi to greatly reduce the chin on this one which when coupled with its V-shaped waterdrop notch results in a screen-to-body ratio of 91.4-per cent – this is an improvement over the Redmi Note 7 Pro.

The Redmi Note 8 Pro is the world’s first smartphone to be powered by MediaTek’s new Helio G90T processor. The Helio G90T has seemingly been designed to bring high-end gaming experiences to mid-tier devices – something on the lines of Qualcomm’s Snapdragon 730. In terms of core specs, the Helio G90T packs an octa-core CPU with ARM Cortex-A76 and A55 cores clocked at up to 2.05GHz, paired with a Mali G76 GPU clocked at up to 800MHz.

So, what does all this jargon mean for gamers? Well, the Redmi Note 8 Pro performs like a champion, in real world scenarios, often putting the Snapdragon 730-powered Redmi K20 to shame – especially when it comes to graphics intensive gaming. The Redmi Note 8 Pro is the only smartphone in its class that can play PUBG with graphics set to HDR and frame rate set to ultra – and it can play it well enough. Xiaomi’s handy little Game Turbo meanwhile helps optimize resources so you can get the most out of your game – in addition to letting you view game stats like FPS count so you can tweak settings accordingly.

-- The Helio G90T brings MediaTek’s HyperEngine technology to the Redmi Note 8 Pro which means that the intelligent network prediction engine inside this mobile chip can automatically switch to LTE sensing when Wi-Fi quality is low. For uninterrupted online gaming sessions. 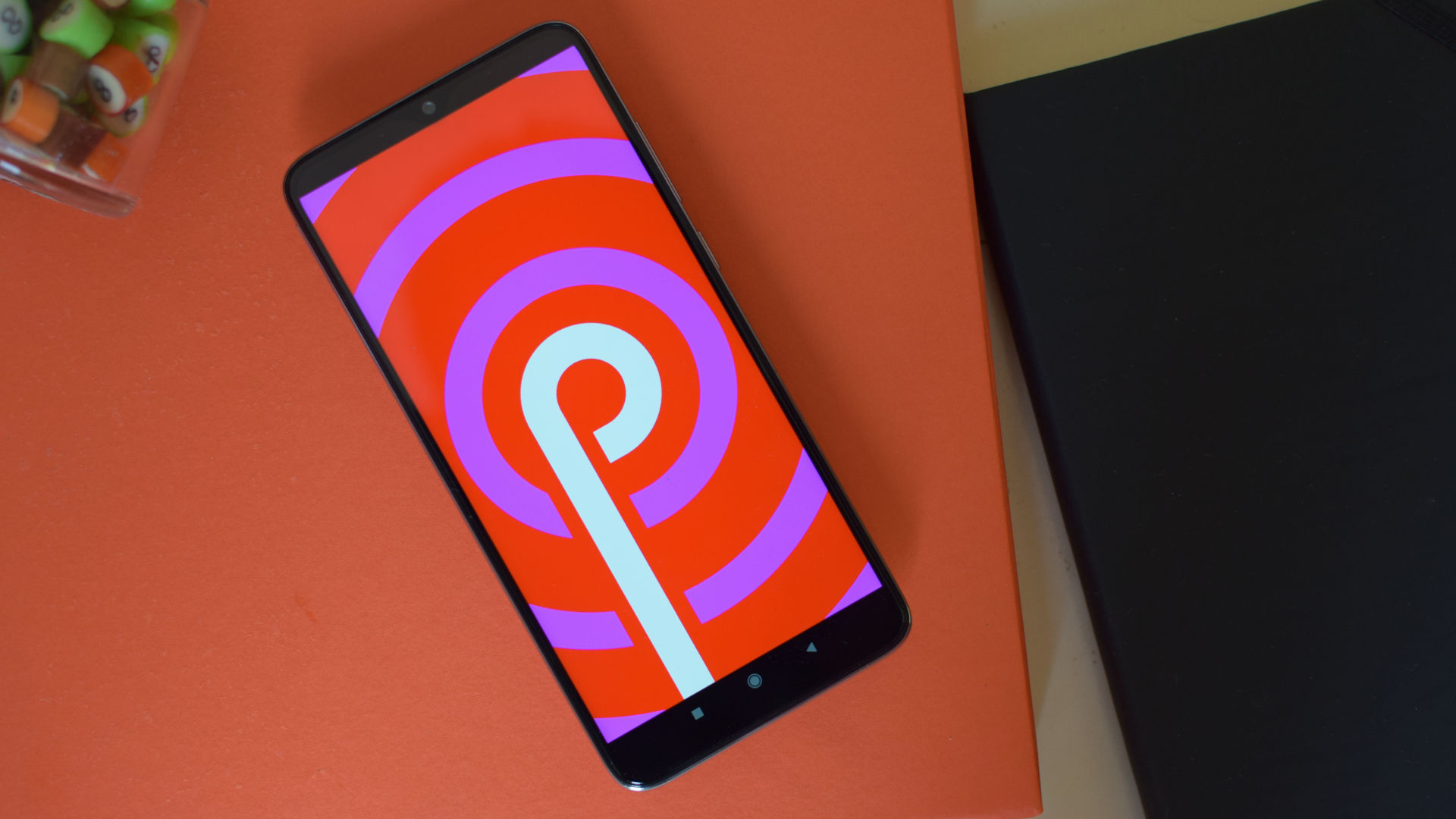 The next obvious question will be – what about heat management? The Redmi Note 8 Pro packs liquid cooling plus dual pyrolytic sheets to help keep the temperature in check. It shouldn’t come as a surprise that a gaming focused processor like the Helio G90T inside a relatively slim chassis phone like the Redmi Note 8 Pro will get warm – even toasty at times – especially when pushed to the edge. What’s important is how fast it can cool off or dissipate heat to avoid throttling. Xiaomi has done well here.

The phone supports 18W fast charging through USB Type-C. Xiaomi is finally bundling an 18W fast charger in the box with this one – which is nice. The bundled charger tops the phone in just over 2 hours which seems fair for a phone with a 4,500mAh battery.

Quick pointers on Redmi Note 8 Pro as an everyday phone -

-- The Redmi Note 8 Pro comes in 6GB RAM/64GB, 6GB/128GB and 8GB/128GB configurations. That's LPDDR4X RAM and UFS2.1 storage. Which means, everything runs fast almost all the time. The Redmi Note 8 Pro also supports expandable storage of up to 512GB via a dedicated micro-SD card slot.

-- Software inside the phone is Android 9 Pie-based MIUI 10. Yes, there are ads. Xiaomi says the phone will be updated to MIUI 11 (hopefully with a toggle for more control over ads) in December.

-- The Redmi Note 8 Pro India variant also answers to hands-free Alexa – in addition to the Google Assistant. This was glitchy the first time I used it, but Xiaomi has since rolled out an update that has made the experience better.

-- The Redmi Note 8 Pro has a mono speaker out that’s average at best. It doesn’t get too loud. There’s a 3.5mm audio jack for wired audio – which is decent.

-- Phone calls made with the Redmi Note 8 Pro are of acceptable quality across the board – nothing really to complain here. The dual SIM phone supports dual 4G VoLTE.

-- There is an IR blaster on the phone as well as wireless FM radio. 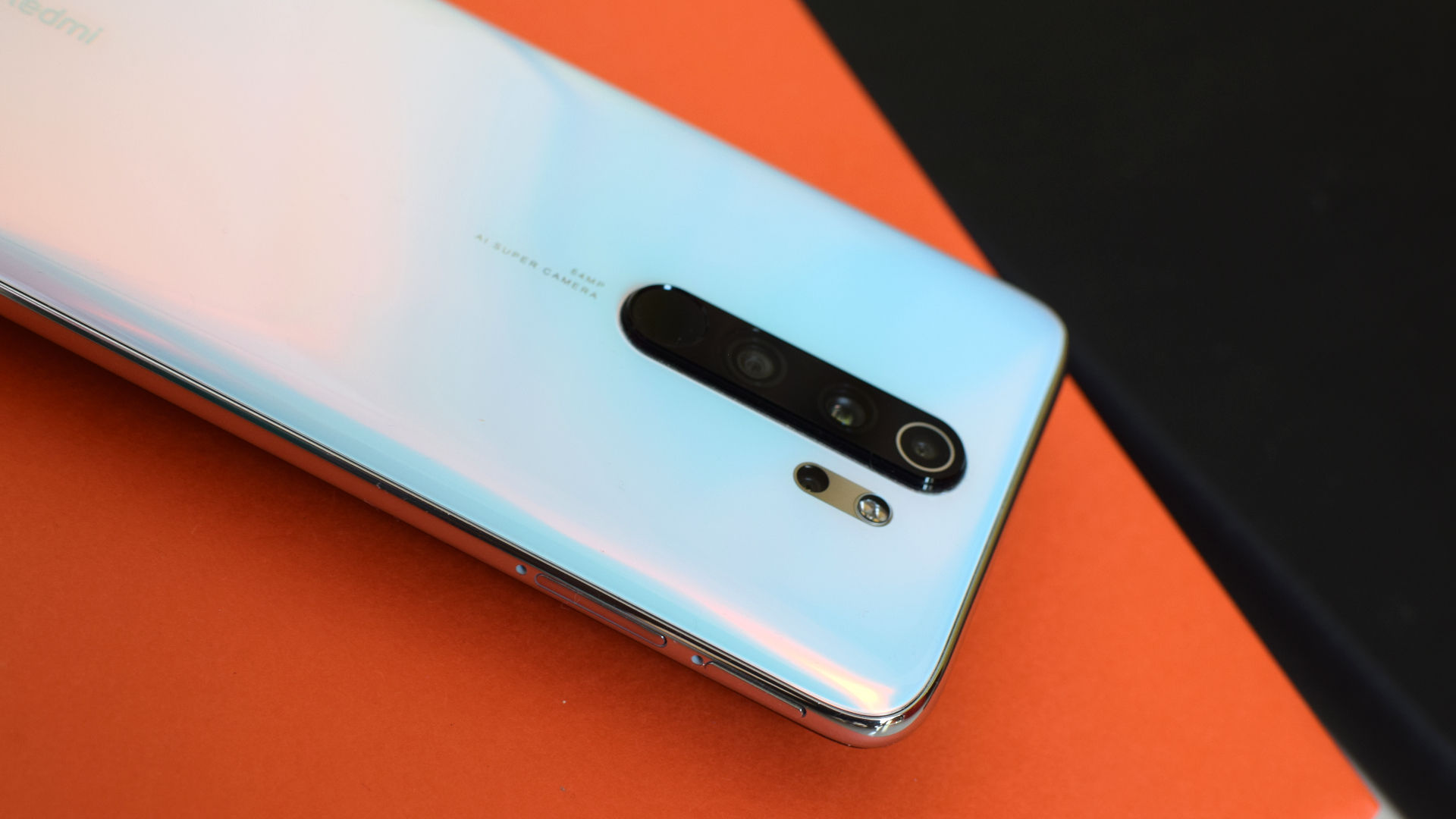 More cameras don’t necessarily mean better cameras. The Redmi Note 8 Pro is a classic example. This is another area where I feel Xiaomi has missed out even though that main camera can capture some good-looking photos in ideal lighting. At the same time, there’s one area where Xiaomi has done better – the Redmi Note 8 Pro cameras are faster. And that’s an important area.

-- 64MP main camera: Can capture some well detailed shots with good dynamic range in well-lit situations – at both native 16MP and high-res 64MP. I like that even though there’s plenty of post-processing/over sharpening happening in the background, the Redmi Note 8 Pro photos are truer to life/natural than say the Redmi K20s. Shooting at 64MP gives you the added flexibility of cropping and getting closer to a subject (than it actually is) without much loss in detail. The main camera also does well in tricky and low light (at 16MP) provided you are super steady. Xiaomi’s long-exposure night mode can help shoot brighter, more detailed photos in low light, better than rival phones in an around its price point.

-- 8MP ultra-wide camera: The wide-angle camera offers a wider perspective so you can capture a lot more of your subject, but its quality is nothing to write home about especially in low light.

-- 2MP macro lens: This one’s a mere novelty overshadowed by the Redmi Note 8 Pro’s own 64MP main camera that can give you far superior close-ups.

-- 20MP selfie camera: Gets the job done but again, Xiaomi’s beautification algorithm can be so aggressive at times, it can destroy detail in almost all the lighting scenarios. You’ll be better off toning it all the way down for better results. Portraits shot with it are best in class though – this is one area where Xiaomi has always done well.

Videos shot with the Redmi Note 8 Pro have the same plus and minus points as shooting stills. An important thing to note about the Redmi Note 8 Pro is that it lets you shoot videos from all its cameras including the macro, offering the level of versatility that no other smartphone does in this price range.

Should you buy the Xiaomi Redmi Note 8 Pro? 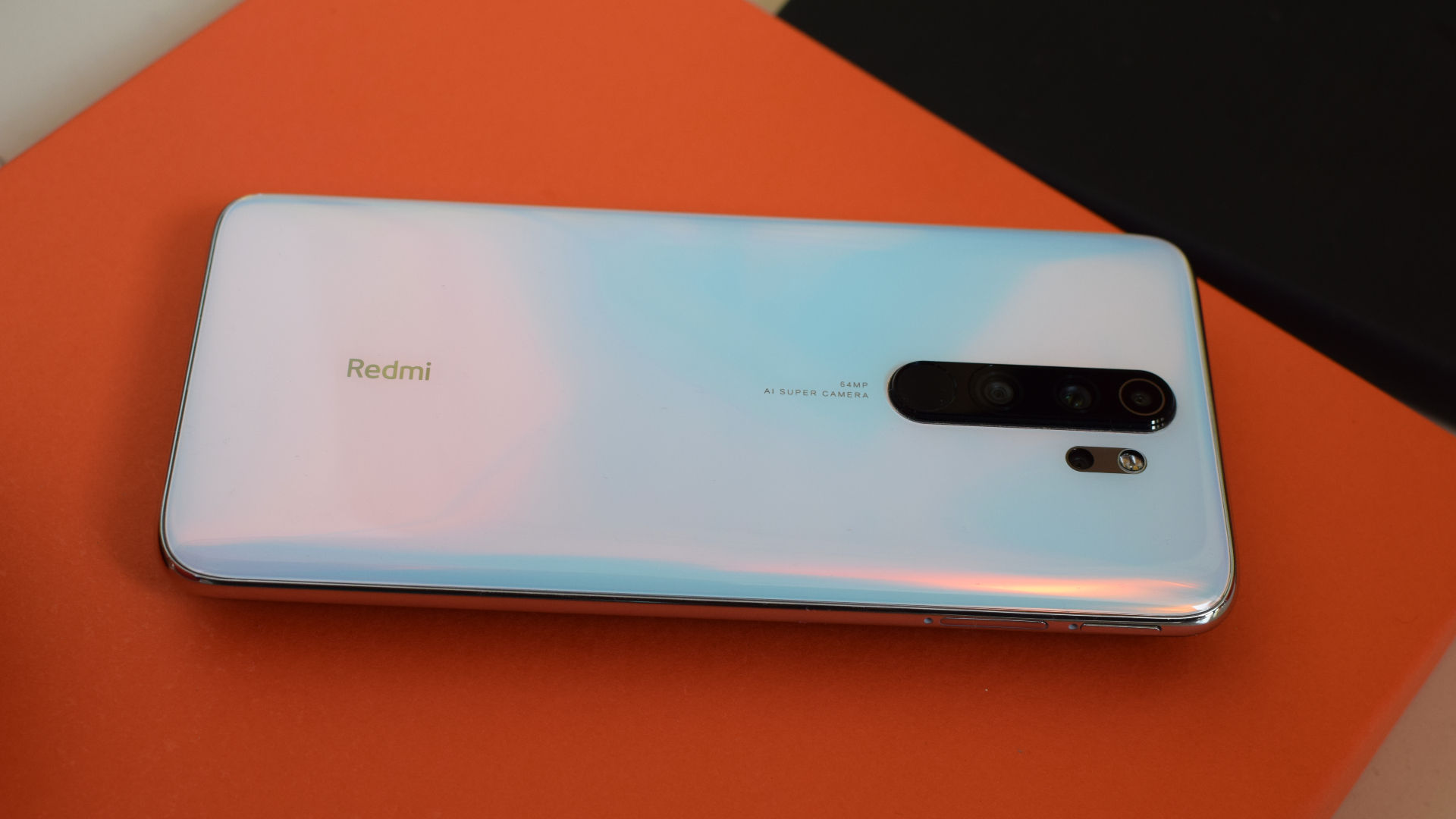 Even though the pricing may seem familiar, the Redmi Note 8 Pro is a whole new ball game, in comparison to its predecessor. In every sense of the word. It has a fresh design, a large HDR display, powerful innards, more cameras, and a bigger battery with fast charger bundled in the box. What’s not to like?