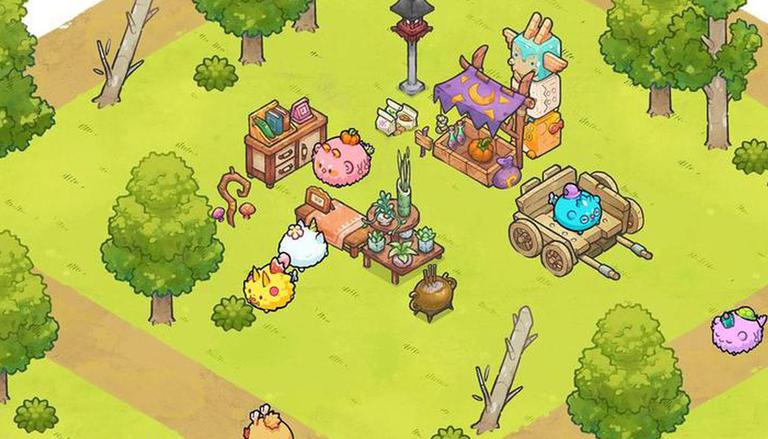 
Axie Infinity, a game played to earn cryptocurrency based on Ethereum blockchain technology, continues to rise, dominating all the cryptocurrencies in the world. In terms of cumulative protocol revenue generated for the past month, Axie Infinity has become the top-grossing App. The Axie infinity (AXS) reported an all-time price high at $21.55 on July 13 AND has outpaced high-priced coins, including Bitcoin (BTC) and Ethereum (ETH).

As per the predictions, it may reach its new all-time high if users continue to invest in 2021 along with mainstream cryptocurrencies like Bitcoin and Ethereum. Further analysis from top crypto researchers suggests the Axie Infinity price trades at $69.61 with a 24-hour trading volume of $417,784,345. However, over the last 24 hours, the price of AXS reduced by 7.79%. AXS's current circulating supply is of 60,907,500 AXS. The top cryptocurrency exchanges for AXS are Binance, Huobi Global, OKEx, and FTX, and Tokocrypto.

The AXS could be heading to a possible bullish rally in the days to come, and that might make the crypto go beyond its resistance level and reach above its all-time prices. The markets have favored the Axie Infinity, and if they continue to do so, it will be hard for other cryptos to compete. However, keeping the investors happy with the returns is the biggest focus of Axie as if they start pulling out, it might lead to a crash in the prices.

How to play the AXS Axie Infinity game?

Axie Infinity is a trading and battling game developed in 2018 by the Sky Mavis, where players can collect, breed, raise trade and battle token-based creatures known as 'Axies'. In this, the players need to collect rare Axies and breed them by leveraging SLP. By competing in PVP battles hosted in the game’s adventure mode, Axie Infinity players earn more resources. Ronin wallet and Ronin bridge must be downloaded by the players to start the game. And to connect with the game, the web3 ETH wallet Metamask is used. To begin the game and be part of the cryptocurrency universe, users should have at least three Axies sold on the Axie marketplace.