Crypto Games: What Is Crypto Gaming? How It's Used To Make Money? Check Details

In crypto games, the players own the items acquired in the game and can sell it for cryptocurrency, which can then be exchanged in actual money via exchanges. 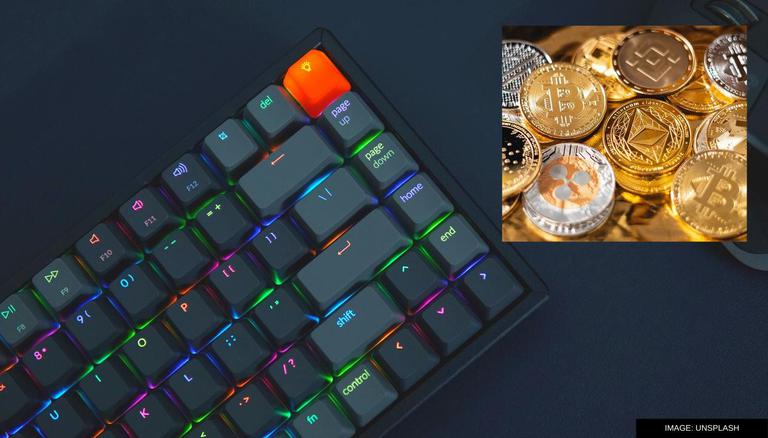 
Cryptocurrency has gained a lot of attention in a very short time. Advanced blockchain networks are being designed and improve the whole industry. And while the market is attracting new and young investors, game developers have also started creating games based on blockchain technology. Keep reading to know more about what is crypto gaming and how crypto gaming works.

The games build upon crypto technology make use of blockchain. Before understanding what crypto gaming is, one needs to understand the concept on which such games are being built. At its core, blockchain is a database or ledger that stores information by sharing them along with a network of computers. Once a piece of information is added to a blockchain, it cannot be altered or removed, which makes the network highly secure. Additionally, the database is available for all computers that are connected, making sure that there is no central control of information.

What is crypto gaming?

Traditional games are centralized. In other words, the characters, skins, weapons and all coding that is done for a game cannot be used for other games. Whereas, crypto gaming allows everyone associated with the game to own a part of the game. When implied to games, characters and other resources might work with other games. Users will be able to transfer their rewards and purchases that are made in-game to other games as well.

In traditional gaming and development, all the digital assets such as XP, in-game currency, weapons, skins, characters, cars, etc. are owned by the developers. Whereas in a crypto game, the user owns the items that are acquired during progress in a game. Since such games are developed on blockchain networks, all the connected computers have access to the same amount of information (all of it), decentralizing the control over information, giving equal powers and controls to the players and creators.

Crypto games can implement blockchain technology for two purposes. The developers can either create the whole game on a blockchain or they can simply use it for the in-game currency. In the former case, every interaction within the game is verified and stored in the form of new blocks in the blockchain. For the second case, non-fungible tokens or NFTs can be used for in-game digital assets.

Crypto gaming is a decentralized form of gaming where players can own unique in-game assets and sell them for real-world money to anyone who is interested. In other words, digital assets can be traded for cryptocurrency, which can then be exchanged for real-world money. In nutshell, crypto games are made by using a complete or partial blockchain system to store information about unique assets which are completely owned by players. This is how users make money from crypto gaming.