Elon Musk is a visionary who wants to colonise Mars by sending humans to the red planet on Starship and shoot people in a capsule for long hauls via a tunnel. 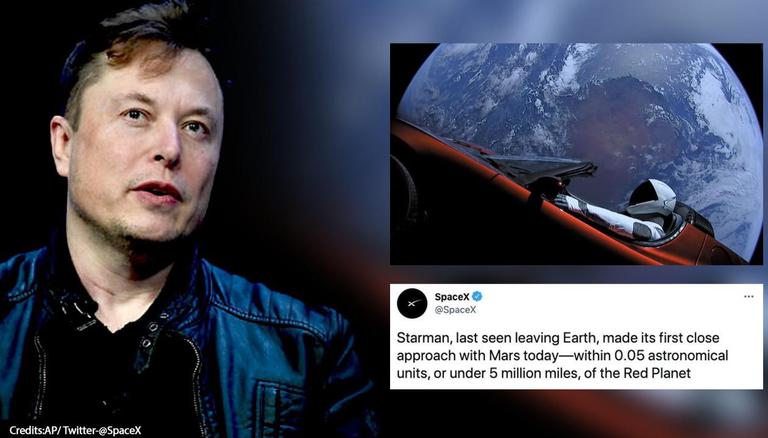 
Billionaire entrepreneur Elon Musk, the founder of the electric car company Tesla, celebrated his 50th birthday on June 28. The tech CEO, a holder of the innovator-of-the-year award, is popular for redefining the future of mobility with Tesla energy-efficient electric cars. He is also an investor focused on innovating America’s infrastructure and tunnel construction services via The Boring Company (TBC), which interestingly also carries a vision to turn the 2D traffic jams into 3D underground road networks that use elevators to send motorcades into the high-speed tunnel.

Musk is a visionary who wants to colonise Mars by sending humans to the red planet on Starship and shoot people in a capsule for long hauls via a tunnel with his Hyperloop project, bringing sci-fi to life. On his birthday these are a few of the coolest and the bizarre projects that the futurist extraordinaire is dedicated to making happen.

Future of the cars, they drive you

In 2015, Elon Musk had predicted that the self-driving cars that could take humans “anywhere” are the future and that they would be here within two or three years. In 2020, the tech entrepreneur announced that his electric car manufacturer firm Tesla was “very close” to making the vehicles “completely autonomous” by achieving Level 5 on its advanced driver assistance system which currently operates on Level 2.

Musk, however “thought quite a lot” about manufacturing the flying and submersible cars. We could definitely make a flying car but that's not the hard part," Musk told The Independent in an interview. "The hard part is, how do you make a flying car that's super safe and quiet? Because if it's a howler, you're going to make people very unhappy,” he said.  "We will be making a submarine car. It can transition from being a submarine to a car that drives up on the beach. Maybe we'll make two or three, but it wouldn't be more than that," he added.

Tesla CEO’s The Boring Company has finished 2 extremely low air pressure tunnels in Las Vegas on the concept of the intra-city ("loop") transit systems that will include 30-layer deep tunnels! ‘Hyperloop’ is prolific inventor’s one of the most ambitious projects. Musk wants to invent an unrealistic, visionary travel system that is in formative stages that would take commuters from one city to another faster than the commercial planes.

This means building a rail system capable of travelling 800 miles per hour. “To solve the problem of soul-destroying traffic, roads must go 3D, which means either flying cars or tunnels. Unlike flying cars, tunnels are weatherproof, out of sight and won’t fall on your head,” the company’s mission reads. The firm also manufactures whacky products such as “a flamethrower”.

Tesla CEO had invested in an Artificial Intelligence research lab ‘DeepMind’ because he believes that a neural lace with direct input access to the brain could “speed things up”. Musk suggested that he wanted to keep up with the power of AI that can develop capabilities of the human brain with technological augmentation. The SpaceX CEO also revealed that he invested in DeepMind over 'Terminator' fears. “ I think there is potentially a dangerous outcome there,” he said in a televised interview with CNBC.

Furthermore, Musk told a Code conference earlier last year that he is working on a brain-computer interface tech to help humans keep pace with the acceleration of Artificial Intelligence. The South African born entrepreneur is developing a “neural lace” that will be surgically fitted into a human brain that will allow them to interact with technology without bandwidth challenges. Neuralink would also explore how the human brain can alleviate dangerous medical ailments and severe depressive disorder.

Elon Musk tied up his personal red Tesla Roadster as the dummy payload for the February 2018 launch of SpaceX’s Falcon Heavy test flight which was virtually driven by "Starman", a mannequin dressed in a spacesuit seated inside the Tesla car. Both the car and the mannequin driver travelled into orbit around the Earth blasting David Bowie's "Space Oddity" as it travelled through the solar system. Not just that, Starman’s right hand was resting on the steering wheel. The car can be traced cruising into the space on the website Whereisroadster.com.