Google Creates 'most Intricate' Mapping Of The Human Brain; Here's How It Looks

In a significant contribution field of neurology, scientists have designed the most intricate map of the connections that exist in the human brain, using Google 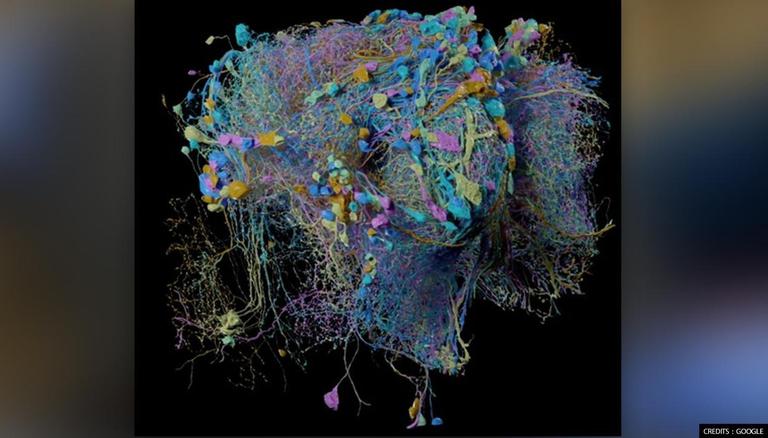 
In a significant contribution to the ever-expanding field of neurology, scientists have designed the most intricate map of the connections that exist in the human brain to date, using Google.

This brain map shows a large number of connections present in the brain, about 50,000 cells, all rendered in three dimensions. These cells are tied together by hundreds of millions of spidery tendrils, forming 130 million connections called synapses. The human brain also contains a data set that spans 1.4 petabytes which is about 700 times the storage capacity of an average modern computer.

According to Viren Jain of Google Research, this data set is so large that it is yet to be studied in detail. He compared it to a human genome which is still being studied after 20 years. 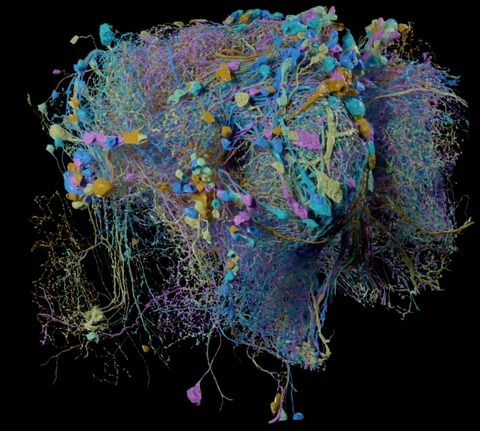 The genesis of this project began when a team of scientists, led by Jeff Lichtman from Harvard University found a tiny piece of the brain from a 45-year-old woman’s body who suffered from drug-resistant epilepsy. They received it soon after the woman underwent a procedure to remove a part of her left hippocampus, which caused seizures.

The team soon immersed this sample in preservatives and stained it with heavy metals like osmium, so that the outer membranes of every cell were visible under an electron microscope. Later, they embedded it in resin to toughen it. The scientists then cut it into slices around 30 nanometres thin and used an electron microscope to image every slice.

The researchers were then joined by Jain's team at Google. Together, they assembled the two-dimensional slices to form three-dimensional volume and further applied machine learning to reconstruct the tendrils linking one neuron to another and labelled the different cell types.

Catherine Dulac, a scientist from Harvard University who was not related to the project said this was a treasure trove of data for future projects as multiple discoveries are being made as a result of the project.

Jain and his team at Harvard, have already discovered how the brain is wired. They found that there was a distinct difference in the way different neurons communicate with one another. Lichtman and his team have also found mysterious pairs of neurons deep in the cortex that was never observed before.