British multinational telecommunications company Vodafone has auctioned the world's first SMS for 107k euros, the organisation said in a statement. 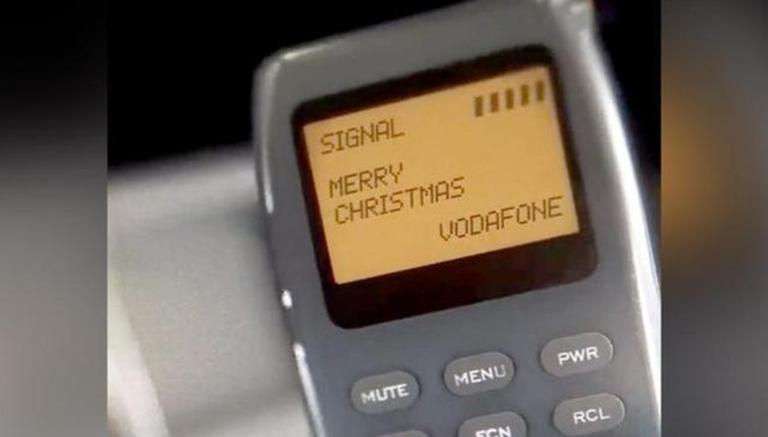 
British multinational telecommunications company Vodafone has auctioned the world's first SMS for 107k euros, the organisation announced on Twitter on Tuesday. The telecommunication firm informed that the world's first-ever text message of SMS was 'Merry Christmas' and was sent on the Vodafone network. It said that the 15 letters message was received by their own employee, Richard Jarvis to his Orbitel 901 handset on 3 December 1992. Later, the company claimed it has revolutionised the communication industry. According to the statement, the message was sold for $121,000 as a 'Non-Fungible Token' (NFT) at a Paris based auction house.

Read the announcement made by Vodafone here:

Our first ever #NFT has now sold 👾🎉

The Non-Fungible Token of the world’s first SMS was auctioned off for 107k euros. We will be donating the proceedings through @VodafoneFdn to @refugees.

The telecommunication firm said that the auctioning amount will be donated to the United Nations High Commissioner for Refugees-- a UN agency that provides aid and protects refugees, forcibly displaced communities to assist in their voluntary repatriation, local integration or resettlement to a third country. According to news agency Deutsche Welle, the winning bidder will get tangible assets, which include a digital picture frame to display the SMS. Besides, the bidder will also get a guarantee certificate autographed by the Vodafone Group CEO Nick Read and an intricate replica of the actual transmission protocol. Apart from the replica, the winner will also be provided with the "Merry Christmas" message in both PDF and TXT versions.
It is worth mentioning that the trading of intangible goods is not permitted in France. Therefore, the auction house has packaged the text message in a digital frame.

Meanwhile, in a statement, UNHCR’s private sector partnerships service head, Christian Schaake said that technology has always had the power to innovate and change the world. "Through this combination of groundbreaking tech and movement for social good, UNHCR can continue helping refugees and people who've been forced from home, giving them an opportunity to transform their lives and build better futures for themselves, their loved ones and communities they're living in," DW news agency quoted Schaake as saying.  Meanwhile, auction house founder Maximilian Aguttes said: “The first printed book, the first phone call, the first email – all these inventions have changed our lives and communication in the world. This first text message received in 1992 is a historic testament to human and technological progress – we are delighted to be able to support the sale of this landmark piece of history for this cause.” Notably, this was not the lone incident when such rare moments have been sold through NFT. Earlier in March this year, the then Twitter CEO Jack Dorsey auctioned his first-ever tweet that collected $2.9 million during the auction.

WE RECOMMEND
NFT among the top trending Google searches in 2021; here's all you need to know about it
Pepsi announces foray into NFT space; designs 1,893 unique tokens
Ranveer-Deepika's sports drama '83' to foray into NFT space on December 23; See details
Veteran India pacer Jhulan Goswami set to enter world of NFTs
US: Melania Trump launches NFT venture; includes a painting of her 'cobalt blue eyes'
Listen to the latest songs, only on JioSaavn.com