What Is Neuralink? How Does The Technology Work And What Can A Person Do With It?

Neuralink is the future of technology as humans can possibly use it to operate machines with their brains. Learn what is Neuralink and other things about it. 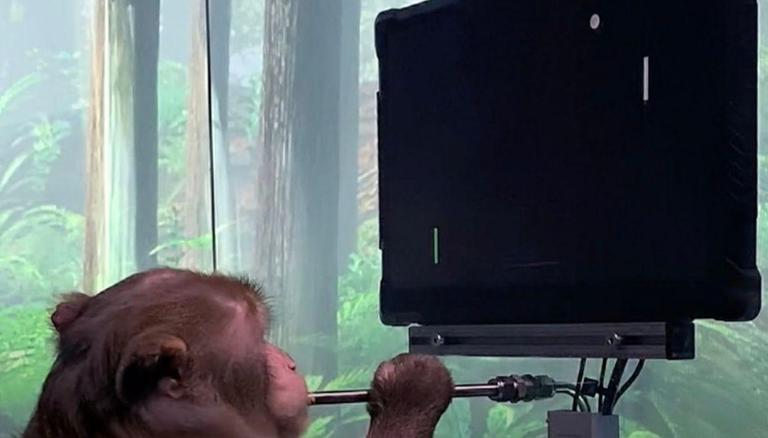 
On April 9th, Elon Musk’s company Neuralink shared a video of a monkey playing ping pong with its mind. According to a reply tweet by Elon Musk, this technology of the future could be tested in humans by the end of the year. In February, when a Twitter user wrote that they are “always available for clinical studies at Neuralink,” Elon Musk replied that the company is working on ensuring that the Neuralink can be tested on humans safely by the end of 2021. If successful, it can possibly be used to cure brain diseases like Alzheimer’s and Parkinson’s. What is Neuralink, the neuroscience technology that a lot of people are talking about?

Neuralink is working super hard to ensure implant safety & is in close communication with the FDA. If things go well, we might be able to do initial human trials later this year.

Neuralink is a gadget that will be surgically inserted into the brain using robotics by neurosurgeons. In this procedure, a chipset called the link is implanted in the skull. It has a number of insulated wires connected from the electrodes that are used in the process. This device can then be used to operate smartphones and computers without having to touch it. How does this “innovation (that is) pushing the boundaries of neural engineering” work?

How Does Neuralink Work?

Before understanding how does Neuralink work, it is best to comprehend the science behind the human brain. The brain consists of neurons that transmit signals to cells in the body including muscle, nerve, gland and other neuron cells. Every neuron is made up of three parts called the dendrite, the soma (cell body) and the axon. Each of this part has its own function. The dendrite receives the signals. The soma processes these signals. The axon then transmits the signals to the other cells. The neurons are connected to one another by the synapses which release neurotransmitters. These chemical substances are then sent to another neuron cell’s dendrite causing the flow of current across the neurons. The electrodes that are part of the Neuralink will read electrical signals that are produced by several neurons in the brain. The signals are then outputted in form of an action or movement. According to the company’s website, the device is implanted directly in the brain because placing it outside the head will not detect the signals produced by the brain accurately. Now that you know what is Neuralink and how it works, get to know what does Neuralink do.

What Does Neuralink Do?

As mentioned above, Neuralink can be used to operate encephalopathy. It can also be used as a connection between the human brain and technology. This means that people with paralysis can easily operate their phones and computer directly with their brain. Its main purpose is to help people to communicate through text or voice messages. Of course, Neuralink is not limited to that, it can also be utilised to draw pictures, take photographs and do other activities.