The ocean floor of South Pacific contains traces of ancient dust that may have changed the Earth’s very climate with research suggesting it came from Argentina.

The ocean floor of South Pacific contains traces of ancient dust that may have changed the Earth’s very climate with recent research suggesting that it came all the way from beneath ice age glaciers of what is now Argentina. As per the study which was published in the journal Nature Communications, these microscopic particles might have travelled across the globe some 20,000 years ago before finally settling in the middle latitudes of the Pacific. Elaborating further they added that the teeny particles contained iron which perfectly explains a period of global cooling.

Iron is a vital nutrient for microscopic algae in our oceans, known as phytoplankton. These creatures absorb carbon dioxide in the ocean expediting global cooling. Scientists opine that during the peak of Earth's last ice age, a lot more iron-containing dust flowed into the ocean during seasonal glacier melt.

All this extra iron fed phytoplankton that then lowered CO2 levels in the atmosphere and could help to explain "how the Earth could have become so cold at all at that time,” Torben Struve, a geoscientist at the University of Oldenburg in Germany said. 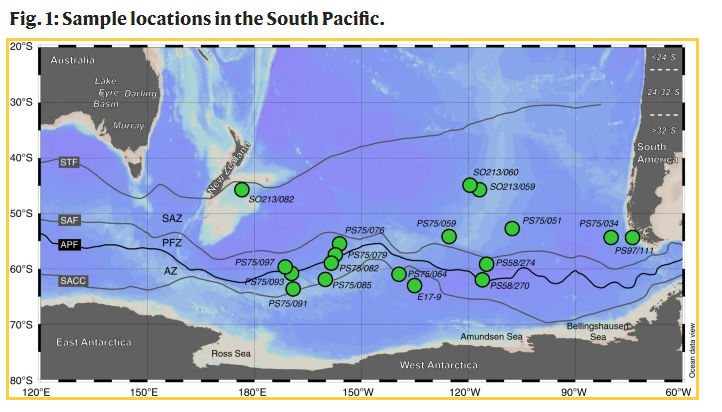 For the purpose of study, the team analysed 18 sediment cores from the South Pacific Ocean between Antarctica, New Zealand, and Chile. They then compared the collected geological data to chemical fingerprints of ancient dust. In the aftermath, the findings suggested that up to 80 per cent of iron-containing dust came from what is now north-west Argentina and it probably blew there travelling roughly 20,000 kilometres on powerful westerly winds during the last major ice age.

"We were surprised to find that the sources and transport routes of the dust were completely different from today and also different from what we would have expected. Global warming has changed the winds and environmental conditions in the source regions," said Torben Struve, a geoscientist at the University of Oldenburg in Germany while speaking to phys.org.