NASA has recently put out a tweet declaring that the infamous Asteroid Apophis will not hit the Earth for at least the next hundred years. Read on to know more 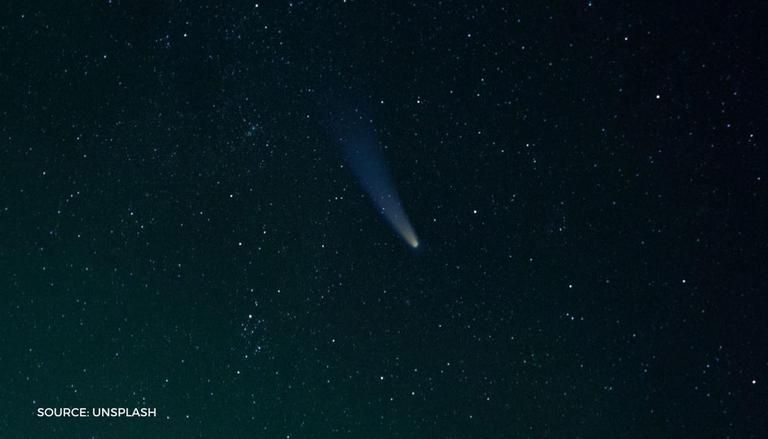 
The famous asteroid Apophis will pass dangerously close to our planet on Friday. The asteroid was first discovered in 2004 and scientists predicted that the asteroid would hit the planet earth in either 2029 or 2068. as reported by space.com. However, NASA has recently revealed that the Earth is safe from the 99942 Apophis asteroid for the next 100 years at least. Read on to know more about the asteroid Apophis, also known as the God of Chaos.

The full scientific name of this asteroid is 99943 Apophis, and the asteroid is set to come even closer to the Earth on April 13, 2029, according to scientists' predictions. At that time, the asteroid will pass so close to the Earth that it will pass through the height where satellites orbit, which is a bit too close for comfort. However, scientists say even then there is almost no chance that asteroid will collide with our planet.

Studies confirm there is no risk of asteroid 99942 Apophis impacting Earth for at least another century. Originally identified in 2004, new data have better defined the orbit of Apophis, putting astronomers at ease. Learn more: https://t.co/6a7zxeSLYF pic.twitter.com/EX8KXlXpWP

As per NASA's official blog, “A 2068 impact is not in the realm of possibility anymore, and our calculations don’t show any impact risk for at least the next 100 years,” wrote Davide Farnocchia of NASA’s Center for Near-Earth Object Studies (CNEOS).  “With the support of recent optical observations and additional radar observations, the uncertainty in Apophis’ orbit has collapsed from hundreds of kilometres to just a handful of kilometres when projected to 2029. This greatly improved knowledge of its position in 2029 provides more certainty of its future motion, so we can now remove Apophis from the risk list.”

The scientists used radar observations when the asteroid Apophis came close to the Earth on March 25. It gave the scientists the chance to estimate its orbit around the sun with extreme precision. Upon detailed observation and analysis, scientists have ruled out any threat it would cause in 2068 and long after.

READ | 'Potentially hazardous' asteroid to pass by Earth: Know when and how to watch in India

The name of the asteroid has roots in Egyptian mythology. Apophis was a serpent monster and the enemy of Sun God, Ra. Every night, Apophis would attack bringing the eternal darkness and night and each time the sun would rise as Ra defeated him. Apophis is roughly 1000 feet across (about 300) meters. Across its longest axis, Apophis is reported to be as long as 450 meters, as big as five football fields. The asteroid is pretty big, even taller than the Empire State building. As reported by planetary.org, the asteroid is egg or oval-shaped in size. Stay tuned for more news related to space and technology.

WE RECOMMEND
NASA confirms there's no risk of asteroid Apophis impacting Earth for at least 100 years
Asteroid Apophis the size of three football fields will pass close to Earth in 2029
'Potentially hazardous' asteroid to pass by Earth: Know when and how to watch in India
Asteroid the size of Golden Gate Bridge to make 'close encounter' with Earth on March 21
Scientists find organic material and water on asteroid for the first time