Asteroid As Big As Eiffel Tower To Skim Past Earth On Dec 11; Here's All You Need To Know

Asteroid 4660 Nereus is expected to skim past Earth on December 11 at a distance of 3.93 million kilometres and is almost the size of the Eiffel Tower. 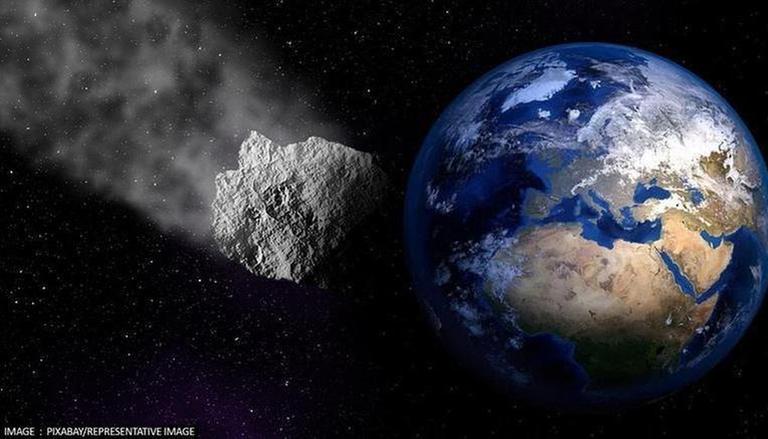 
As the year is nearing its end, it is yet to see a few potentially hazardous asteroids make their approach towards the Earth. One such asteroid will fly past our planet on December 11 and reports say that the rock is almost the size of the Eiffel Tower. Dubbed the 4660 Nereus, the asteroid measures 330 meters in diameter and will zoom past the Earth from a distance of 3.93 million kilometres. Despite the distance being ten times the distance between Earth and Moon, the asteroid has been categorised as “potentially hazardous” as it completes the criteria for the same.

An asteroid is put in the said category if it is larger than about 140 meters in diameter and is passing within the range of 7.48 million kilometres, according to a Science Alert report. However, readers need not worry as the asteroid will skim by at a safe distance irrespective of its categorisation. The upcoming flyby of asteroid 4660 Nereus, which was discovered in 1982, will be its closest to our planet in a decade. Having an orbit of nearly two years around the sun, scientists are tracking it to determine if the asteroid is deflected from the orbit and might pose a real threat. Interestingly, its next visit will be in 2060, however, its distance from the Earth will be just 1.2 million kilometres from Earth, which is three times the distance from the Moon. Once we get past the forthcoming flyby, Earth will host another space rock about which NASA's asteroid tracker has warned about.

A gigantic sized asteroid stronger than a nuke heads towards Earth

Scientists say that this asteroid heading towards our planet has a diameter between 84 and 190 meters and is potentially stronger than a nuclear bomb. This asteroid named 2018 AH also visited earth back in 2018, hence the name, and as per the experts, it would be roughly equivalent to the Tunguska asteroid, which had caused a 12-megatonne explosion in 1908. Expected to get closest on December 27, 2018, AH will be at a safe distance of over 4.5 million kilometres, however, it reportedly has had an encounter with a planet in the past.

READ | How is DART different from NASA's other asteroid missions?

The cosmic body has been classified as being in the Apollo category, which is the most hazardous. The orbits of the Apollo asteroids that cross Earth pose a collision risk. The space agency, on the other hand, believes it is improbable that this celestial body would hit Earth.

WE RECOMMEND
Massive asteroid, stronger than nuke, expected to fly by Earth on December 27: Reports
The Sun might be a reason for oceans here on Earth, claims new study
DART Mission: Here's how NASA aims to deflect the gigantic asteroid for planetary defence
Astronomers speculate this near-Earth asteroid might be a lost chunk of the Moon
ESO's Very Large Telescope discovers 'closest' supermassive black hole pair to Earth
Listen to the latest songs, only on JioSaavn.com