Earth On Course To Have Its Own Rings Made Of Space Junk, Warns US Professor

University of Utah professor Jake Abbott has warned that Earth will soon have a ring of junk around it as the amount of space debris continues to grow. 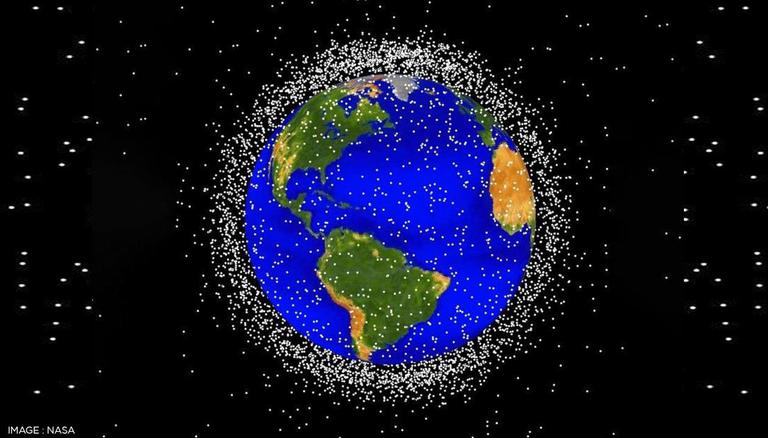 
Giving an idea of how serious the problem of space debris is turning out to become, University of Utah professor Jake Abbott has warned that Earth will soon have a ring around it similar to Saturn. In an interview with The Salt Lake Tribune, Abbott said that "Earth is on course to have its own rings. They’ll just be made of junk."

It is estimated that there are over 170 million pieces of space junk floating in Earth's orbit and out of them, 23,000 pieces are big enough to cause severe damage to communication satellites and the International Space Station (ISS).

A professor of robotics, Abbott claims that magnets are something that could help in reducing the menace of space junk. The current amount of debris floating in space amounts to 7,500 metric tons, which is equal to the mass of 11,000 elephants put together, reported The Salt Lake Tribune. As per Abbott, these pieces are spinning at incredible speeds and using a robotic arm to remove any of them will break the arm itself and add more junk in the orbit.

Explaining the concept of using magnets against space junk, Abbott said that his method would work even on junk pieces that are non-metallic. According to the paper published by Abbott and his team in the journal Nature, the method of generating "eddy currents" would help collect both the metal and non-metal pieces.

When non-magnetic space junk spins at a rapid pace, they generate electricity, which when brought near a spinning magnet produces eddy currents. The magnetic field produced by these currents can be used to manipulate the movement of debris and collect them.

Tackling of space debris is a subject that deserves serious consideration as nearly 200-400 pieces of junk fall every year from space. Recently the ISS was forced to change its orbit due to a cloud of broken Chinese satellite pieces, and the lives of astronauts living aboard the orbiting laboratory were also endangered.