Study confirms the invasion of lionfish along the Brazilian Coast. Researchers term the phenomenon a threat to endemic species of the area 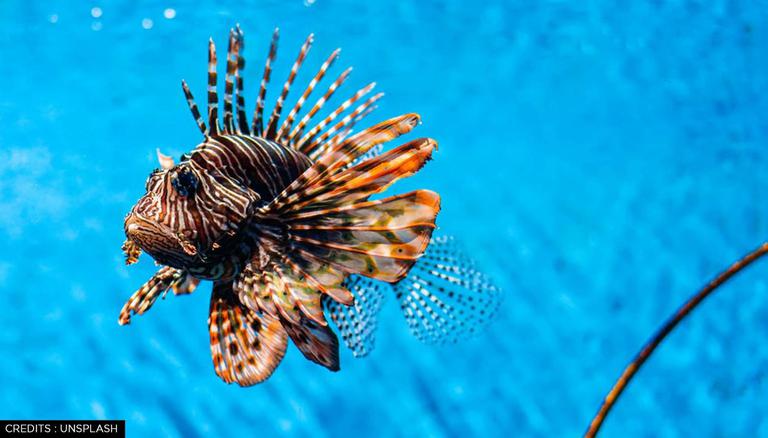 
Researchers at the California Academy of Sciences confirmed the invasion of Lionfish along the Brazilian coast. Lionfish have been one of the most widespread invasive species that have a negative impact on marine life, especially on coral reefs. The species have been affecting the northeast coast of the United States to Caribbean Islands since its inception 30 years back.

Looking at possibilities of lionfish's arrival on the Brazilian coast, Luiz Rocha, and Academic Curator of Ichthyology said, "For a while, it was uncertain whether or not lionfish would extend into the South Atlantic. Now that we know they are here, it is imperative that we uncover how they arrived and work with local communities to keep the population under control. If left unchecked, lionfish could have a huge impact on local species, particularly those that exist solely in the reefs surrounding Brazil's oceanic islands."

Invasion of Lionfish into the Atlantic

Lionfish have particular flaunting features like sporting marron stripes and over dozen venomous spines, and so the species have long been in the aquarium trade. It is likely that the invasion of Lionfish in the Atlantic Ocean started following the irresponsible release of the fish into the ocean by aquarium traders. The fish when released in open water disrupts the local ecosystem. The particular variety of fish has expanded faster than any other invasive marine life because of its broad diet, lack of natural predators, unique hunting style, and year-round reproduction of floatable eggs that can travel long distances. However, the species was absent in the South Atlantic for many years, possibly due to northern oceans currents flowing between Brazil and Caribbean Islands.

In 2015, a local diver photographer discovered the fish on the southern coast of Brazil and informed the researchers. Eleven months later the researchers found its specimen confirming its expansion to Brazil. Following the confirmation, along with fishermen and divers, the researchers tracked three additional Lionfish in Brazil’s water, two at deep coral reefs known as mesophotic reefs and one at the reefs near Fernando de Noronha Archipelago. The researchers were particularly worried about the ecosystem of Fernando de Noronha Archipelago located 200 miles away from the country’s northeastern coast.

Citing the advancement in the marine ecosystem, marine biologist and study co-author, Clara Buck, said, “These unique ecosystems have a high number of endemic species found nowhere else on Earth making them much more sensitive to adverse impacts.”

Invasion of Lionfish requires a check

The invasion of the lionfish news to be controlled before it accelerates into a further worse situation, and so the researchers firstly approached the sourcing of the species. Their study proposed that lionfish found on the mesophotic reefs have arrived in a stepping-stone fashion, that is by exploiting deeper reefs under the Amazon crest and then slowly moving southwards from the Caribbean. Furthermore, they proposed that the individual lionfish found in the Fernando de Noronha Archipelago traveled with the currents between the islands and the Caribbean as larva. Finally, the one lionfish at the southern coast which is located quite far away from the Caribbeans was introduced to Brazilian water by aquarium trading. The researchers reached this conclusion as DNA analysis matched the Caribbean population, and the distance from the coast opposes the possibility of mesophotic reef hopping.

The researchers have urged the Brazilian Government and localities to work on their removal, but efforts made in other Atlantic regions have shown full eradication is not possible. Thus, the researchers have asked to keep the population of the lionfish in check which would buy other species enough time to adapt to the presence of the invasive fish. It is expected that local fishermen and divers who earlier have contributed to the research work will put the effort into managing the population and protecting the coral reefs.

Looking at the unlikely event with a positive approach, Rocha said “Brazil and Fernando de Noronha in particular, have robust local diving and fishing communities. If we put the right tools in their hands, it is absolutely possible to keep the invasion under control.”