“Super Moon was recently photographed from station. It is a spectacular sight from space no matter what phase the Moon is in,” International Space Station said.


Astronauts at the International Space Station (ISS) on Friday shared breathtaking images of April’s Super Pink Moon from the earth’s orbit, stunning the viewers. “The Super Moon was recently photographed from the station. It is a spectacular sight from space no matter what phase the Moon is in,” the ISS wrote in a post on its official Instagram handle. In the iconic images that the observatory shared, one could see the gigantic moon appearing opposite the Sun in Earth-based longitude at 11:32 p.m. EDT. The rare moon rose on Tuesday night, April 7, and was the largest of the Full Moons this year, according to NASA. It remained full for about three days from Monday night through Thursday morning.

According to the Maine Farmer's Almanac, the full Moon of the month April or the first Full Moon of spring “Pink Moon” is a name that comes from the herb moss pink, also known as creeping phlox, moss phlox, or mountain phlox, native to the eastern USA and one of the earliest widespread flowers of Spring. Other names for this Moon include the Sprouting Grass Moon, the Egg Moon, and among coastal tribes the Fish Moon, as this was the time that the shad swam upstream to spawn. “This full Moon will be slightly closer to the Earth, about 0.1 percent than the March full Moon was, so this will be the ‘most super’ of the full supermoons this year,” NASA informed in a release. It further said, that the term "supermoon" was coined by the astrologer Richard Nolle in 1979 and refers to either a new or full moon that occurs within 90 percent of perigee, its closest approach to Earth in a given orbit. 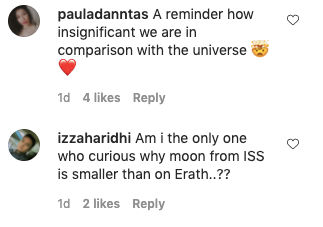 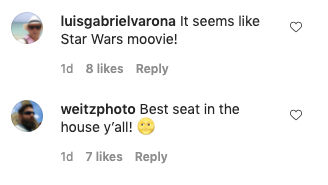 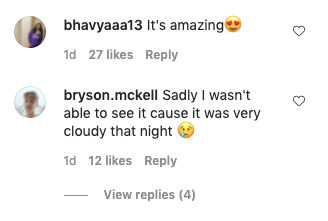 In the pictures shared by ISS, the Super Pink Moon appeared bigger in the sky, as it was captured about 19 hours after the moon reached full phase. As the evening twilight ended at 8:37 PM EDT for the Washington, DC area, the brightest of the planets, Venus, appeared above the horizon in the west-northwest. The brightest of stars, Sirius also spread across the southwestern horizon. The Pink Moon was followed by the April Lyrids (006 LYR) metro shower which was active from around April 14 to April 30, peaking the morning of April 22, 2020.

WE RECOMMEND
How many people are on the ISS? Interesting facts about the International Space Station
Three astronauts return from International Space Station on Russian Soyuz craft
When is the Pink Moon in 2021? Is the Pink Moon set to appear this month?
Japanese astronauts on their experience in the ISS
Who did NASA reach out to improve menu for the ISS? NASA's Deep Space Food Challenge