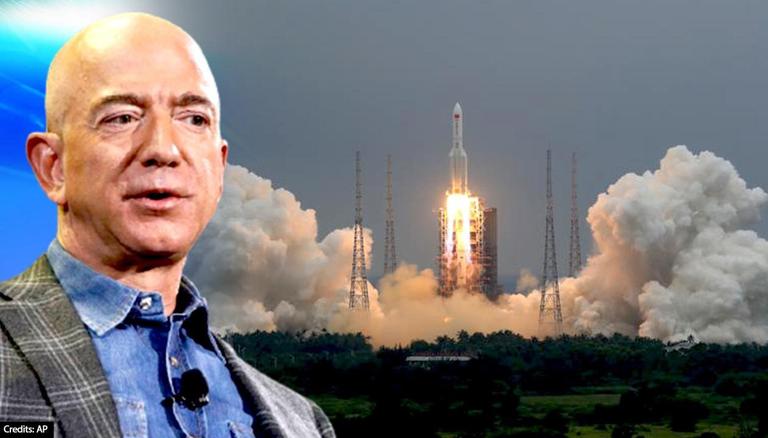 
With Jeff Bezos set to step down as the CEO of Amazon and transition to Executive Chairman, the billionaire business magnate has already lined up plans post his exit and they seem, quite literally, 'out of the world'. The 57-year-old media proprietor and investor has a space journey planned as he will be boarding the New Shepard - which is the rocket ship made by his space company Blue Origin. The launch is scheduled for July 20 this year, just 15 days after he steps down as the CEO of Amazon.

Announcing his flight to space, Bezos in an Instagram post on Monday morning said that it was his dream to travel to space ever since he was five years old. Bezos' younger brother Mark will also join the first crewed flight of Blue Origin's New Shepard.

“To see the Earth from space, it changes you, changes your relationship with this planet. It’s one Earth. I want to go on this flight because it’s a thing I’ve wanted to do all my life. It’s an adventure. It’s a big deal for me,” Bezos said in the Instagram post.

Will Jeff Bezos become the first billionaire to fly to space?

If the journey is successful, Jeff Bezos could be the world's richest person (with an estimated net worth of $187 billion) and the first billionaire to have hopped on a rocket ship, even outdoing his rival Elon Musk and his ambitious plans in the race to space. Notably, Musk has been at the forefront of exploring life outside Earth, as is his SpaceX has become the predominant space vehicle-maker, pioneering re-usable rockets and also making big waves in its quest to 'colonise Mars' in the next few years.

While Elon Musk's 'Mission to Mars' is proposed to become a reality by 2026, that is 7 years before NASA's aim, British billionaire Richard Branson's Virgin Galactic is expected to compete directly with Bezos' space plan. However, Branson's Virgin Galactic's vehicle is expected to be launched later in 2021, giving Bezos' the edge in the race. Bezos' rocket i.e. the Blue Origin New Shepard, is said to be a six-seater and nearly 59-feet-long rocket and will fly Bezos more than 60 miles above Earth in just 11 minutes.

READ | Jeff Bezos picks a date to step down as Amazon CEO, says 'chose that because it's sentimental for me'

After six years of extensive and secretive testing of the rocket and capsule, Blue Origin announced in May that it was preparing to put the first passengers in a New Shepard capsule. The auction for an open seat on New Shepard ends on Saturday. The winning bid right now stands at $2.8 million, with almost 6,000 participants from 143 countries. The winning bid amount will be donated to Blue Origin’s foundation, Club for the Future, whose mission is to inspire future generations to pursue careers in STEM fields and to help invent the future of life in space.