The dinosaur fossil is said to have belonged to Deinonychus antirrhopus and stands four feet tall and about ten feet from head to tail. 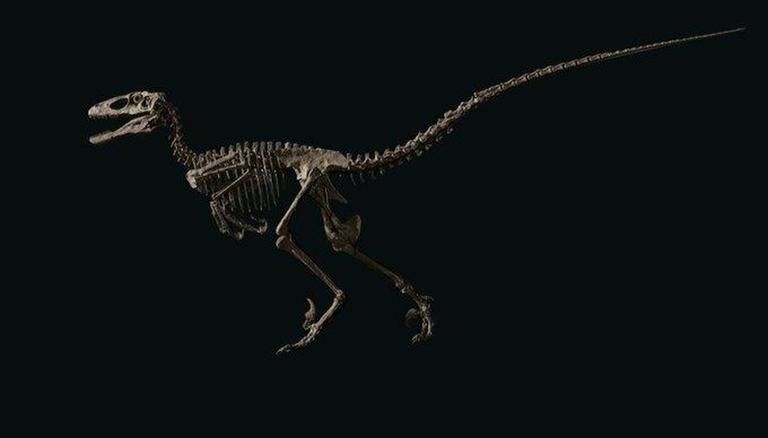 
UK-based auction company Christie's auctioned off a well-preserved dinosaur skeleton for a whopping $12.4 million, about Rs 96.08 crore. Unearthed in the US state of Montana's Wolf Canyon between 2012 and 2014, the skeleton dates back to 110 million years. The fossil is said to have belonged to Deinonychus antirrhopus and stands four feet tall and about ten feet from head to tail. Interestingly, the pre-historic fossil fetched almost double the estimated amount of $4 million to $6 million.

#AuctionUpdate In an exhilarating end to our Evening Sales, THE RAPTOR sold with a price realized of $12.4 million pic.twitter.com/uaVEkGtOmk

The auction marks the sale of the world's only privately owned dinosaur fossil which was named 'The Raptor' by Christie's. The privately-owned rare artifact has again made its way to a private buyer whose identity was not revealed. Notably, the fossil fetched almost double the amount estimated by the auction company, which was about $4 million to $6 million.

"This iconic predator remains truly thrilling to a worldwide audience and is one of the most famous dinosaurs", James Hyslop, specialist at Christie's said as per Daily Mail. "With a handful of recorded specimens found and only two skeletons in museum collections, the Raptor is the single most complete Deinonychus known to exist, and the only privately owned specimen".

This species of dinosaur is believed to have roamed the Earth approximately 120-110 million years ago, even before the famous Tyrannosaurus Rex. However, the Deinonychus antirrhopus too rose to prominence and popularity thanks to the blockbuster Jurassic Park series. This kind of dinosaur first made its appearance in a 1993 film but their names were changed to velociraptor, a smaller relative of Deinonychus, Daily Mail reported.

More about the Deinonychus antirrhopus

According to the UK's Natural History Museum, the Deinonychus were about three metres in length and weighed an average of around 75 kilograms. They were mostly found in the US and were vertebrates and plant-eating dinosaurs. These dinosaurs were known as the apex predators as they possessed fearsome front claws which they used to rip their prey apart.