Life On Mars: Futuristic Homes Designed By 3D Printing To Give Earth-like Surrounding

The cylindrical shape of the futuristic habitats will make it withstand the atmospheric pressure and structural stresses on Mars. 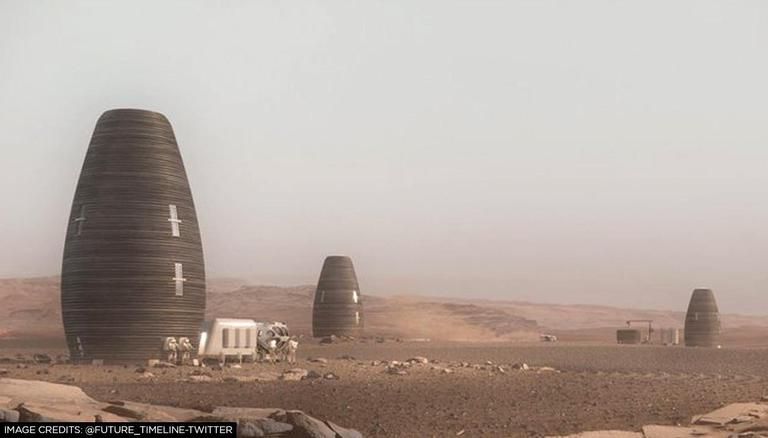 
Settling humans on Mars has become the most ambitious project to have ever been planned. Space organisations across the globe have been trying to find a way to make humans multi-planetary. Driven by the same ambition, New York-based architectural firm AI SpaceFactory had released the design and details of its futuristic and advanced shelters for humans to survive in the carbon dioxide-ridden Martian atmosphere. The design was reportedly selected in 2018, under NASA's 3D printed habitat challenge that also offered over Rs15 lakhs in prize money.

A report in ArchDaily stated that the challenge, which required companies to design an effective habitat for four astronauts to be settled on Mars, saw 17 companies compete for an endorsement by NASA. Out of the total, five companies were selected for their architectural layout, innovation and level of design in modelling. AI SpaceFactory's project MARSHA (Mars Habitat) won the prize for its vertically-orientated cylindrical-shaped shelter, which moved on from the ideas of low-lying domes and buried structures. As per the company, the cylindrical shape of the futuristic habitats will make them withstand the atmospheric pressure and structural stresses on Mars increasing the ratio of usable floor area to volume, media sources reported.

Interestingly, the habitats to be constructed under project MARSHA will only use resources extracted during the construction. This speciality of these shelters will eliminate the need for any payload from Earth. Among its many futuristic features, MARSHA habitats will also be able to expand and contract in response to Mars’ drastic thermal swings and it will be anchored to the soil to avoid any uplift.

READ | Space scientists claim it will be safe for humans to fly to Mars; round trip to take 4 yrs

The shelter will also be equipped with a water-filled top that will illuminate the interiors with natural light, said media sources. As a result of this, the astronauts inside the habitat will be able to experience nearly similar to that of Earth. Reportedly, the planned Martian home will be divided into four levels, with the first one being a garage, dry lab and kitchen at the level two, a hydronic pond and individual cabins at level three along with a recreational 'skyroom' on the fourth level.