National Aeronautics and Space Administration (NASA), on May 4, revealed the reason behind scheduling the Crew-1 splashdown for the night.


National Aeronautics and Space Administration (NASA), on May 4, revealed the reason behind scheduling the Crew-1 splashdown for the night. At 2:56 am on Sunday, a SpaceX Dragon capsule carrying all the four astronauts from NASA’s ambitious Commercial Crew Mission made a successful landing in the Gulf of Mexico. In the aftermath, NASA has now revealed that it was the favourable weather in the gulf in addition to the moonlight that prompted the pre-dawn splashdown.

The American Space agency clarified that it was the consistently calm nighttime weather at the splashdown site that made the landing advantageous. Additionally, the mission control also leveraged the ample moonlight on May 2 for the landing. NASA also asserted that there are no private boats in the gulf during the night, therefore a splashdown in dark reduces disturbances from boats, a safety risk.

Within a half-hour of splashdown, the charred capsule was hoisted onto the recovery ship, with the astronauts exiting soon afterward. Hopkins was the first one out, doing a little dance as he emerged under the intense spotlights.

“It’s amazing what can be accomplished when people come together,” he told SpaceX flight controllers at company headquarters in Hawthorne, California. “Quite frankly, you all are changing the world. Congratulations. It’s great to be back.” 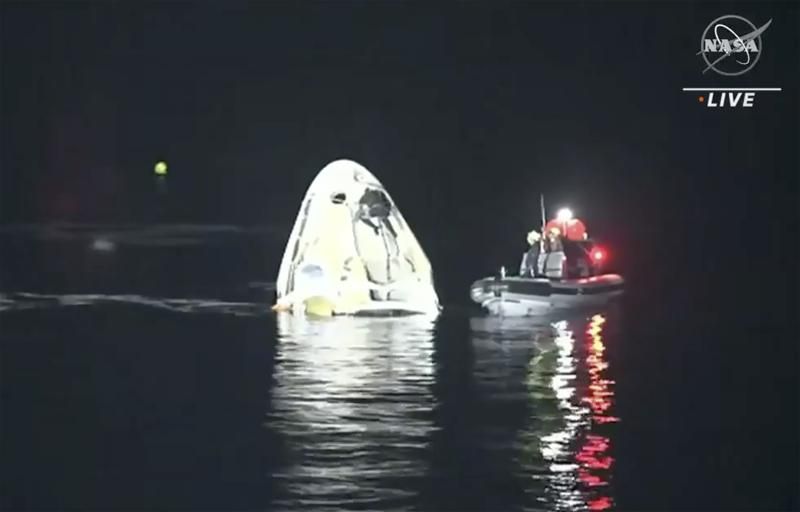 NASA’s SpaceX Crew-1 mission launched Nov. 15, 2020, on a Falcon 9 rocket from the agency’s Kennedy Space Center in Florida. The astronauts named the spacecraft Resilience, in honour of their families, colleagues, and fellow citizens and highlighting the dedication displayed by the teams involved with the mission and demonstrating that there is no limit to what humans can achieve when they work together. Crew Dragon Resilience docked to the Harmony module’s forward port of the space station Nov. 16, nearly 27 hours after liftoff.

READ | NASA shares an image of a diamond necklace in space; Have a look at the ‘Necklace Nebula' 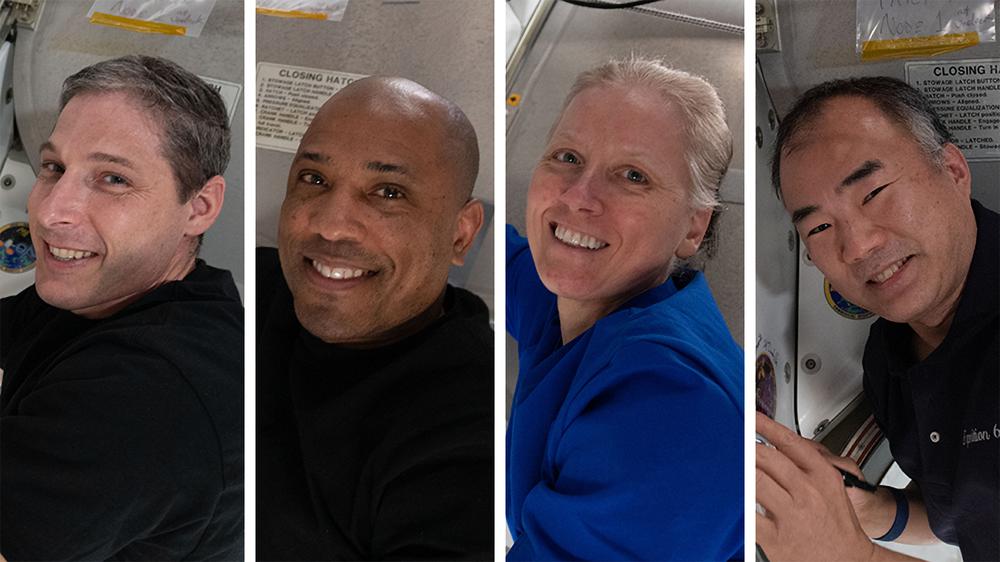